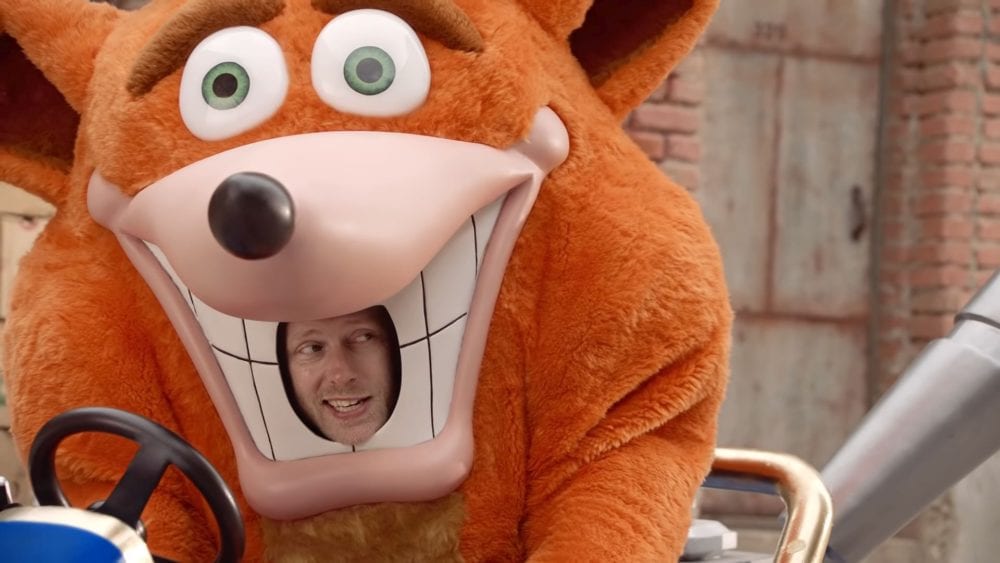 The Crash Bandicoot franchise as a history of funny, wacky commercials, and Crash Team Racing Nitro-Fueled is no exception.

Activision released two commercials bringing back the traditional dude in Crash Bandicoot costume, and this time around he’s working as a wacky version of your local Uber driver.

The difference, he’s that he’s likely a lot less careful about respecting speed limits than your local Uber driver (unless you’re really unlucky I guess), and he doesn’t seem too squeamish about talking back to officers and senior citizens.

If you want to see more, you can check out the reveal of Penta Penguin, another trailer showing off the Adventure mode, another about the game’s extensive customization system, one featuring retro content coming exclusively to PS4, another focusing on the Electron Skins, and a series of clips starring Crash Bandicoot, Coco, Polar, Ripper Roo and Nitros Oxide.