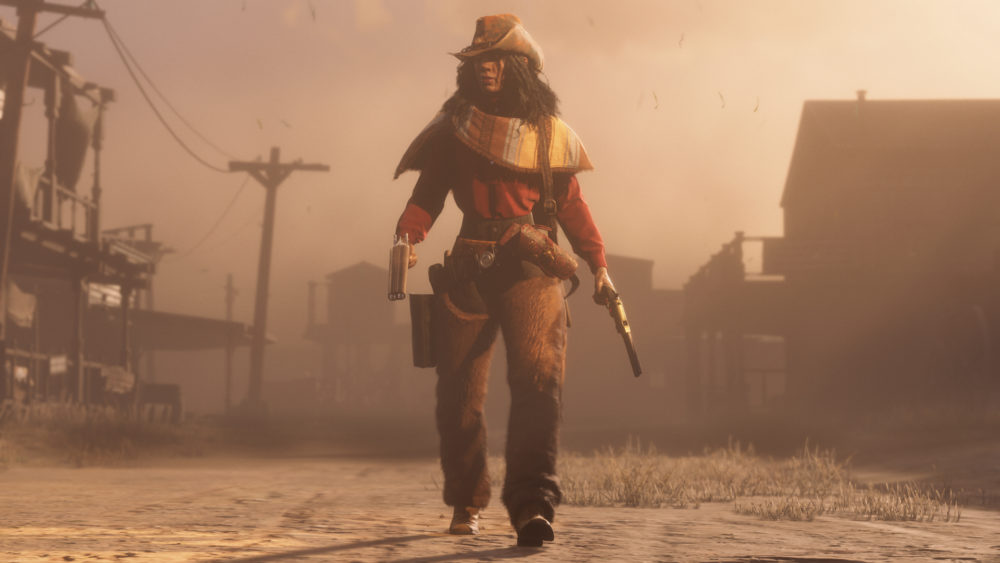 Red Dead Online’s first major update since dropping the “Beta” from the name has brought a whole host of major changes to Red Dead Redemption 2’s multiplayer game mode. Perhaps the most dramatic though is the addition of play styles which are designed to cut down on griefing. Here is everything you need to know about the new Offensive & Defensive play styles and how to change them in Red Dead Online.

By default, you are set to the offensive play style. If you’ve been playing Red Dead Online, this is more or less what you’ve been used to (see details below).

If you want to change to defensive, back to offensive or vice versa, these changes are made via the Player menu when available.

You’ll know if another player is in defensive mode by a shield icon on their person on the map. Try to avoid attacking that player unless you really want a challenge and to make your life as difficult as possible.

When using an offensive playing style in Red Dead Online, you’ll be able to mix it up with whoever you want, whenever you want. You can land critical hits on other offensive players, lasso them, attack & execute them, auto-aim, etc. all with normal consequences.

You cannot, however, do all of this to defensive players. You can still attack them but you’ll be penalized via the updated hostility system harder, and you won’t be able to do things like auto-aim, lasso AKA the things we discussed above.

The hostility system has been tweaked to punish players that frequently attack other players while in Free Roam in Red Dead Online. You’ll stay on the radars of other players longer, and with every death, you’ll move further away from where you were.

The defensive play style in Red Dead Online essentially is the total flip of offensive and is designed for players that just want to explore and play cooperatively with other people or even solo.

No one can auto-aim attack you, land critical hits, lasso or melee you. You also will be exempt from PvP assassination events and other PvP-related activities.

If you suddenly change your mind and attack someone though without turning defensive off, you’ll be hit with the same severe hostility penalties that offensive players would get.

That’s everything you need to know about defensive and offensive play styles in Red Dead Online and how to change it. As we learn more about this new system, we’ll update this post if necessary with additional details.