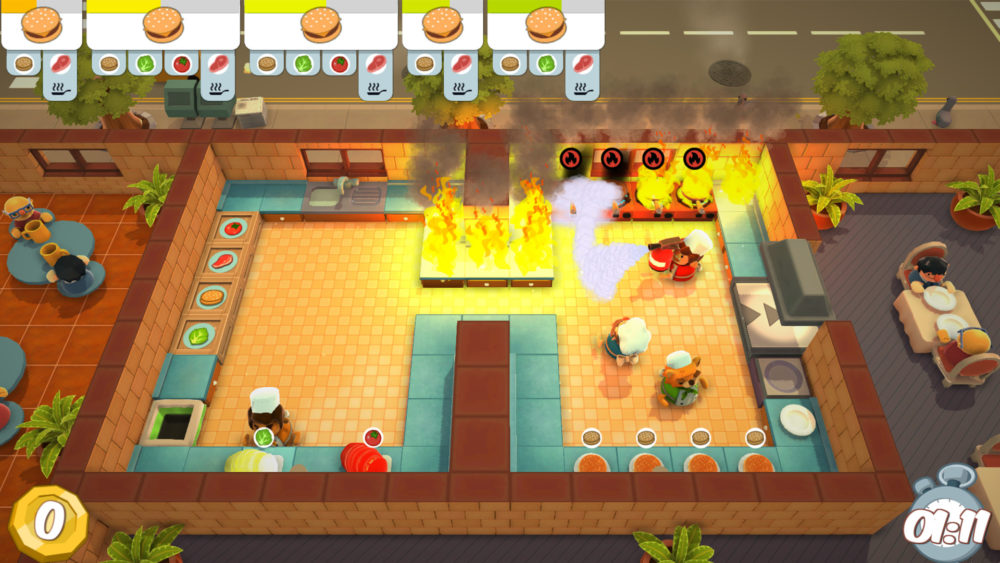 How to Throw Food in Overcooked

It’s a fair want, especially since the mechanic is readily available in the game’s sequel Overcooked 2. Likewise, some levels of Overcooked even allow the player to do this, with kitchens separated by gaps in the floor or some other obstacle.

Unfortunately, these levels are the exception to the rule. In all other instances, Overcooked doesn’t allow players to throw food between their chefs and/or players. Instead, players have to drop food on the floor or another surface for other chefs to pick up.

The reason for this design choice is unclear, though it’s certainly possible it was a result of limited time and resources between the game’s development and release.

Made by developer Ghost Town, the title was developed by a team comprised of only two developers. This led to a large amount of work being split between the two, sometimes even requiring them to learn how to implement certain design elements on the fly.

As such, it wouldn’t be surprising if adding in the ability to throw food at anytime wasn’t doable in their time frame, or wasn’t something they knew how to do at the time of its release.

Admittedly, this is a bit of a downer. The lack of an ability to throw food pads out how long each level takes to beat, extending playtime in a way that can feel unneeded.

On the other hand, this also is far from enough to ruin Overcooked as a whole, and shouldn’t pose too much of an issue once players get used to the more drawn out process of exchanging food.

That should cover everything players could need to know about how to throw food in Overcooked. For more on the Overcooked series, check out our coverage of Overcooked 2’s Chinese New Year update.