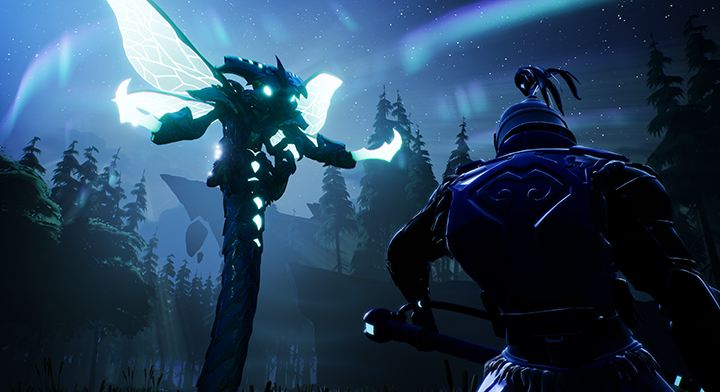 Dauntless is a brand new free-to-play online monster hunting game that’s just been released for the PC and consoles. Here’s how to get the Caudal Thorn and what it’s used for in Dauntless.

The Caudal Thorn can be obtained by killing the Koshai Behemoth in Dauntless.

Located in the Maelstrom region, the Koshai can be found in Aulric’s Refuge. It’s weak to the Shock element, so if you’ve got any Shock-based weapons or Shock modifications, you should have a slightly easier time taking down this monster.

If you’re able to break the Koshai’s tail during the fight, you’ll have a chance at obtaining the Caudal Thorn as a loot drop. The good news is that the Caudal Thorn itself is a fairly common drop, so you shouldn’t have to farm the Behemoth for too long if you’re trying to get this monster part.

The Caudal Thorn is one of the many reagent items you can collect in Dauntless, which means that it’s basically used for crafting better weapons and equipment.

With this crafting material, you can use it along with other monster parts and Orbs (obtained from hunts and patrols) to craft better gear for your character once you get back to the weaponsmith in town. The weapons, in particular, have some interesting unique effects that enhance your attacks if you choose not to do anything for a few seconds.

Listed below are the different weapon types you can craft with Koshai parts, which will all start with 310 power:

That’s all you need to know about how to get the Caudal Thorn and what it’s used for in Dauntless. Be sure to check our Dauntless guide wiki for more tips and information on the game.