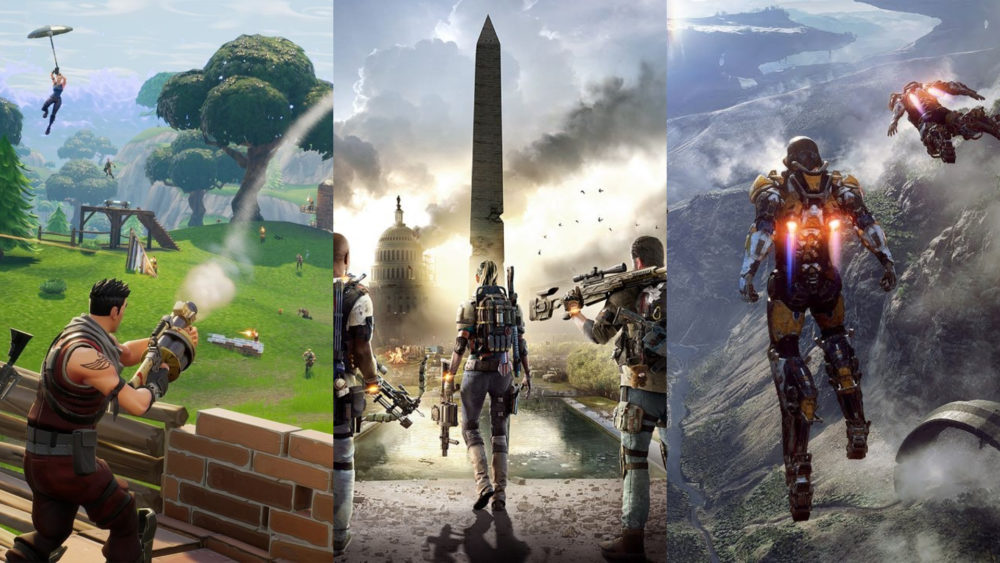 These days, most of the industry’s biggest publishers have a laser beam focus on multiplayer games. There’s good reason for that, of course: microtransactions, season passes, battle passes, skin bonuses, Twitch Prime promotions, Amazon Prime promotions, and any other alternative monetization model that can be finagled into the package makes the revenue tail substantially longer than single-player games.

As a result, it feels more than ever as though gaming is, well, a numbers game. The idea, it seems, is that you don’t really need an idea; you just need to get as many players as you can invested in a popular gameplay loop, and then keep milking the cash cow for all it’s worth.

Even when the gameplay loop isn’t all that compelling, or the entire design fundamentally flawed, digital spending by consumers presumably mitigates many of the risks associated with investing in AAA games.

I know what you’re thinking: video games are a business, surprise! But there’s more to it than just accepting that, isn’t there?

Never before has the whole thing felt so transparent and obvious as it does today. The way in which games are released and then updated, and then transformed and added to, and then monetized in ways they never were at release; it’s like every game is this experimentation to see if a certain genre or mode sticks, and then there’s a massive race amongst other developers to rinse and repeat while the going is good.

It’s all a bit tragic, really, and I’m not just talking about the shady monetization practices. I’m genuinely saddened to see developers try and fail to copy popular trends.

Is it me or does it feel like the whole race to take the battle royale crown is done now? There’s Fortnite, PUBG, and Apex Legends will probably stick around. But is there really room for more?

In fact, is the market pie really big enough for all of these online multiplayer experiences that are designed to take hundreds of hours of your time?

Consider that as Fortnite’s millions of daily players shoot, build, fly, roll around in balls, play golf, and whatever else you do in that game now, Respawn is busy trying to keep its daily active players in Apex Legends, Ubisoft launches The Division 2, and BioWare is trying to recover Anthem’s dismal launch. Then you’ve got PUBG, and Realm Royale and Bungie is planning its next move with Destiny 2, and on it goes.

I haven’t even scratched the surface of the popular multiplayer games whose success is measured in millions of players. How many millions are there? How many of these games can the gaming ecosystem viably support, I wonder?

Here’s another question: do you remember Housemarque? The developer of brilliant action-arcade shooters like Resogun, and Nex Machina. After declaring that the arcade genre was “dead” last year, the Finnish studio has been at work trying something else: battle royale.

Their upcoming game is called Stormdivers, and here’s the latest update from CEO Ilari Kuittinen:

“The problem is with us we always have to change our idea. We originally thought that the game would be a premium game but now it should be free to play. And do we have enough content to do that? I don’t know… We’re kind of a bit short of money to fully realize what we want to do as a launch edition of the game. We’ll see.”

“It is tough. Whether we’re going to succeed, it’s unlikely because of the tough competition.”

Ironically, according to Kuittinen, Housemarque actually started conceptualizing Stormdivers back in 2013, long before battle royale became a thing. Whether or not I believe the notion that they had a last-man-standing game in the pipeline before the popularity of PUBG and Fortnite changed the face of multiplayer gaming, I’m not sure. But the more pertinent takeaway is just how bleak their outlook on success is in this ultra-competitive genre.

Regardless of how long the game has been in development, from what Kuittinen has said of their bouncing around different ideas and revenue models, I think it’s fair to draw a conclusion that Housemarque is now simply chasing a trend. It sounds as though they’ve pushed through development quietly over the years hoping that whatever success they do have attracts investment from major publishers who approve of battle royale and any online experience that supports big player-bases.

Battle royale just isn’t a healthy genre, though. Just look at the stats. To quote my own news post:

“According to Steam’s player charts, though, nearly all (battle royale games) lost a substantial number of players in 2018.

In fact, the only game that increased its number of players last year was Ring of Elesium, Tencent’s spin on the last-man-standing blueprint which adds extreme snowboarding and BMX-riding to the mix.

In every other case, from well-known titles such as PlayerUknown’s Battlegrounds and H1Z1 to smaller contenders like SCUM and Cuisine Royale, player numbers dropped throughout the year.”

More recently, it was reported that Twitch interest in Apex Legends appears to be dropping rapidly. Perhaps it won’t stick around after all?

Listen, I get it, the industry is competitive; popular games/genres appear and then they’re copied, and then they die out and something new comes along. It’s just that the whole situation is muddied now that games are released in the way that they are now –games as a service, either free-to-play or premium, that are intended as a sort of beta-test foundation before more content is added and new monetization systems put in place.

In the old days, a game would release, sell five million copies, and then that success would either tee up a sequel or inspire publisher confidence in a new IP. You could have one game release on October 18 and then the next on November 1st, both AAA shooters, or RPGs, or whatever, it didn’t matter: they were contained $60 purchases that sunk or swam. People were willing to play one, beat it, and then buy the next.

That’s not how things go anymore, though. You’re expected to play and play and play, and that’s how the entire business strategy is set up. The intent is to get millions of players into servers, start monetizing and then add the content to keep them around.

It’s worked tremendously in some cases and led to high-profile disasters in others. In either case, I don’t know many players that actually welcome this new model; most of them are highly resistant to it. But on it goes.

Of course, not every game in the industry is following this trend. It’s not all doom and gloom. We’ve been treated to some superb, conventional video gaming experiences in the past twelve months, and there are plenty of studios out there that place a much higher value on creating quality experiences. It just feels as though we’re losing more of them than we’re gaining, and the practice of making video games is becoming ever more clinical.