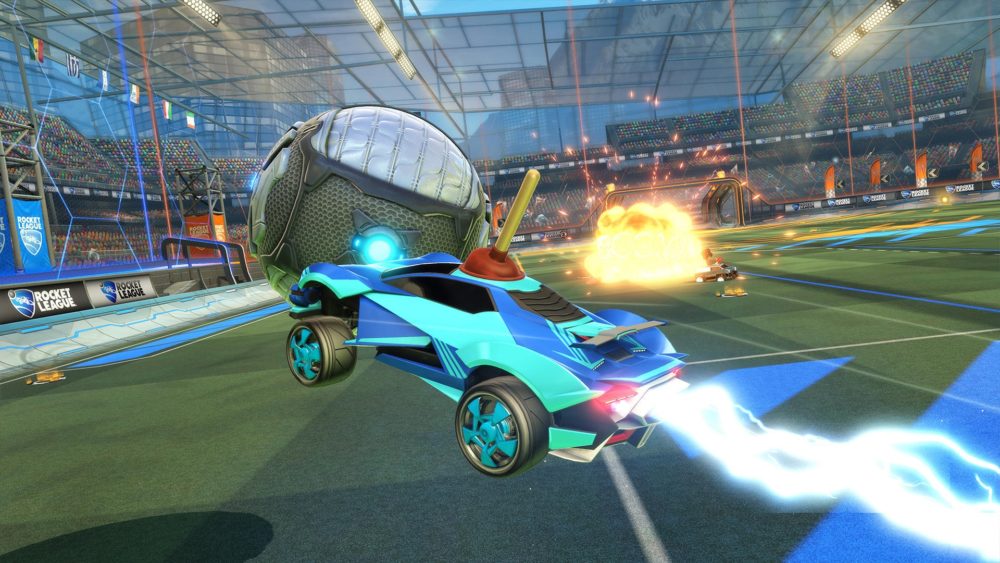 In early April 2019, Psyonix announced that Rocket League is launching a brand new shop that works in collaboration with its profession Esports league, the RLCS. Known as the Rocket League Esports Shop, this pilot program allows players to support their favorite pros by amassing Tokens to get cosmetic items, each relevant to specific teams.

Here is everything you need to know about how to get Rocket League Esports Tokens, what they do, and much more.

What Esports Tokens Are & What They’re Used For

Esports Tokens are the newest form of currency in Rocket League, as you’ll have to have a certain amount to be able to unlock specific cars, banners, and wheels in the shop. At the moment, only a handful of teams are apart of the Esports Shop pilot program:

For each of the teams pictured above, players can purchase featured items to place on their cars for cosmetic purposes. Those items include two decals for Octane and Dominus cars, one player banner, and a number of different wheels.

Alongside the skins and other virtual goodies, each pro team that is participating int he program is going to receive 30% of the revenue from items sold in the shop, meaning you’re literally supporting them. An undisclosed amount will also go toward “a Prize Pool bonus” for the North American and European RLCS League Play too.

How to Get eSports Tokens in Rocket League

In order to purchase Tokens, you’ll need to head over to the Shop tab of the Main Menu in Rocket League. Once inside, there is a new option for the Rocket League Esports Shop.

Heading inside the new Esports Shop unveils the new content players can purchase.

This shop features six in-game items each day, which refreshes at 12:00 p.m. PDT. After that time, some items will be replaced with newer cosmetics, while other feature items are available for 48 hours.

How Much Do Tokens Cost

Currently, Psyonix is offering four different purchasing options for Tokens in the Rocket League Esports Shop, with the lowest amount you can spend sitting at $1.

Tokens will be sold in the following packs (varies by region):

It should be noted that any item that is purchased in the shop falls under the Premium umbrella, meaning that neither the items nor the actual Tokens, can be traded amongst players.

For those interested, the Rocket League Esports Shop is already open, launching for all platforms already, as of April 16.

That is everything you need know about how to get Rocket League Esports Tokens, what they do, and much more. For more helpful guides, information, features, and news, be sure to check back to Twinfinite daily.