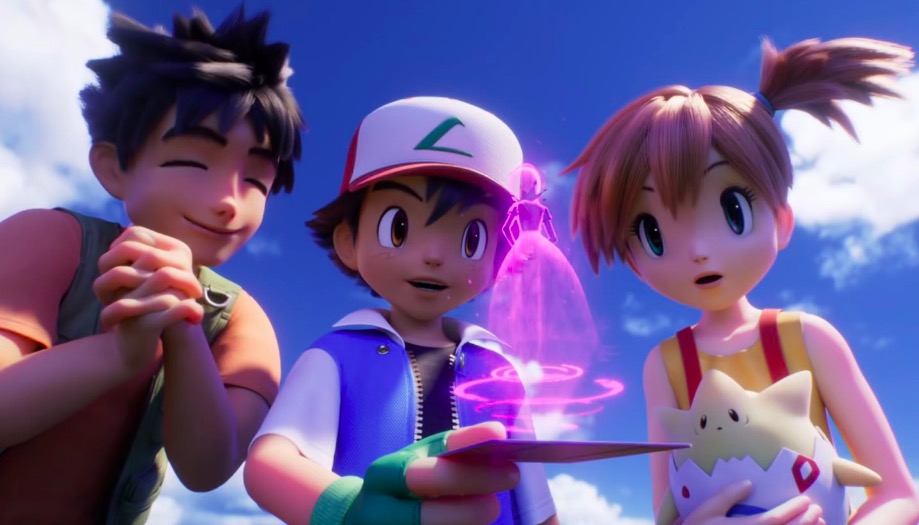 Pokemon in 2019 has been a household name for over 20 years, ever since the debut of Pokemon Red, Pokemon Blue, and the anime starring an eager 10-year old boy named Ash Ketchum who is on a quest to umm… catch ’em all.

Since the late 90s, there have been dozens upon dozens of Pokemon games; the mainline series that saw the player attempting to get all eight gym badges and defeat the Pokemon League; the spin-off with the Mystery Dungeon elements to it; the Pokemon Ranger series that damaged our DS screens due to the nature of the spinning of the stylus in hundreds of circles; there’s way more than that too.

So yes there has been a lot of Pokemon games and usually, unless they are spin-offs, retain a familiar art style and a formulaic progression system that was ever-changing.

There’s a new generation of games coming at the end of the year for the Switch (Sword and Shield) and it’s the first time that a mainline game has been on a home console. Being the 8th generation of the series, you would think that The Pokemon Company would switch things up a bit, right?

I mean, Let’s Go Pikachu and Let’s Go Eevee did change things up a little bit by way of removal of random battles and introducing mechanics from Pokemon GO, but that was not a mainline game as it was more of a “my first Pokemon” game.

And from the looks of the Sword and Shield trailer, it doesn’t seem as though any of those elements from Pokemon GO will be making their way to this new generation of Pokemon. These gameplay changes might come back to a sequel for Pokemon Let’s Go, but for now, it seems that the mainline games will be returning to its roots.

We are still catching Pokemon, partaking in battles, beating gym leaders, the same way that we were over 20 years ago. After so much time, you would think that they would switch things up; take a risk by changing the art style or telling a different story in a separate Pokemon universe. We’ve seen this from Pokemon films of late, but the games are still stuck on the same blueprint.

As every new gen comes to a brand new Nintendo handheld/console, we’ve seen graphical upgrades of course. Gone are the days of super-pixelated Pokemon bouncing up and down on the field, no longer do we have black and white buildings and stale animations.

I’m not saying that the actual graphical style hasn’t changed but even when you look at Pokemon Sword and Shield, it just still looks like a Pokemon game and I would really love to see something different.

Give us a mainline game that looks like the GameCube RPG, Pokemon Coloseeum, or even its sequel – Gale of Darkness. These two games were truly ahead of their time and brought mature storylines into the Pokemon universe, something we’ve yet to see from the mainline games.

When you take a look at the newest movie, it looks like something we’ve yet to see in the Pokemon cinematic world, but you know what? It’s a risk that The Pokemon Company is willing to take, a risk that they can’t seem to take with the video game series.

The upcoming Pokemon film, Mewtwo Strikes Back Evolution, is a retelling of the first movie. The story of Ash, Misty, and Brock being invited to a mysterious castle with other powerful trainers to find that Mewtwo has created clones of everyone’s Pokemon, including Ash’s loyal Pikachu.

This remake will be the first Pokemon film in over 20 years to feature a 3DCG style such as this movie. The main cast all have a different look as well as all of the Pokemon. It’s kind of strange to see Ash and Co. in this sort of artistic light, but it’s refreshing and awesome to see The Pokemon Company taking chances, at least for one side of Pokemon-related media.

I mean, come on, we’re even getting the first live-action adaption of Pokemon, as Detective Pikachu releases next month in theaters worldwide. It may not be the typical Pokemon movie, as it doesn’t star Ash, but it’s amazing to see nonetheless.

But look, I completely understand the intentions and choices of The Pokemon Company when you look at the sales of the mainline Pokemon series. There’s a very strong financially-based reason why these games continue to follow the same formula time and time again.

With each generation that comes out, the two versions of the game can appeal to newcomers and young gamers thanks to the lack of difficulty and can also bring in veterans of the series. Each game is meant to usher in a new generation of people into the Pokemon world, and I get that.

Although, after rinse and repeating several games in recent years, the formula has begun to grow stale for me and after seeing the reveal for Pokemon Sword and Shield, I’m not very excited for Game Freak’s new Poke-adventure.

Of course, being a longtime fan, I’m going to be purchasing one of those versions for my Switch, but if Game Freak just changed it up one time, just one time, then I would be way more excited for a new game.

The films have just begun to switch things up with this new CG graphical style. Based on the fans and critics responses to the film, I’m sure that The Pokemon Company will go ahead and remake the second and third movie, as they all look similar, presentation-wise.

I’m very excited to see how Mewtwo Strikes Back Evolution performs once it debuts in Japan on July 12. The future for Poke-films are bright, but as for the video games, I don’t know if we’ll ever see a true evolution of the franchise unless somehow, the sales start to drop.

What do you guys think about the new trailer for Mewtwo Strikes Back Evolution? Do you like the new look of Ash and Co.? Or are you against the whole CG look? Let us know in the comments below.

And if you’re looking for more anime-related content, then look no further: