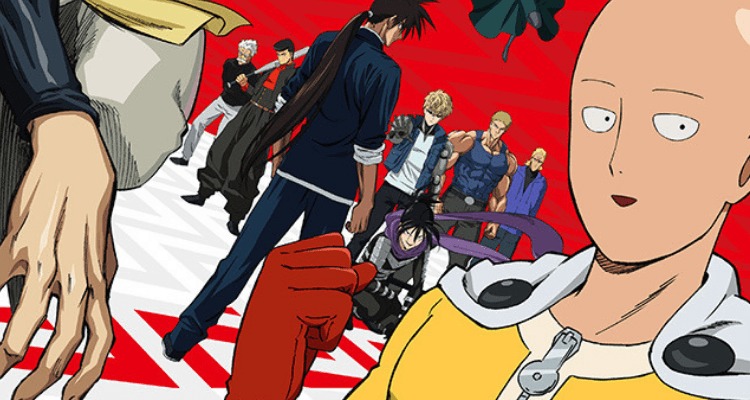 If you’ve been on the fence about watching One Punch Man season 2, don’t be.

After a lengthy hiatus from releases following its runaway hit of a first cour, One Punch Man is finally back for the Spring 2019 anime season.

Not only that, but thanks to its lengthy hiatus from new seasons and episodes, it’ll have plenty of material to adapt from the manga, ensuring there won’t be any filler.

It looked like the best possible scenario. Or at least, it did until some controversy was raised by the season’s newest trailer a few weeks ago.

Showing off some less than stellar animation compared to the first season, it left many One Punch Man fans skeptical. Sure, the first season was amazing, but a big part of that was the jaw-dropping animation quality.

To that end, many awaited the premiere of the second season’s first episode with bated breath. If the animation were any indication, the series as a whole might be dropping the ball in other areas as well.

It would make or break the series reputation, and determine whether it would still be the phenomenon it was so many years ago.

Now though, with the season’s first episode having aired, it turns out this was a whole lot of being nervous over nothing… mostly.

As a whole, One Punch Man is still a phenomenally well animated work overall. The fights are still flashy and visceral, with hand to hand combat feeling weighty while the more outlandish laser blasts and techniques feel properly epic.

The character models are also crisp and clean where it counts. Important scenes still see the characters jump between evocative poses and facial expressions, with Saitama and crew bouncing between stern, battle-ready mugs to hilariously comical ones.

Admittedly, the animation can get a little sloppy during slower moments – namely with off character models and stiff or recycled animation – but moments where it is are far more scattered than most expected from the trailer.

This is to say nothing of the show’s other elements. From the writing to the comedy, One Punch Man is still as sharp, witty and heartwarming as it ever was.

Saitama is still lovably nonchalant about the most dire of circumstances; Genos is driven to enact justice by his desire to avenge the destruction of his home town; and King is finally opening up about how much he owes Saitama for his hero career.

This leads to plenty of jokes and hijinks in the first episode alone, with most all of the comedy and emotional payoffs landing more often than they don’t.

Needless to say, the episode is great, and anyone who was worried about the series’ quality should check it out for themselves.

As for anyone else who’s still skeptical about giving it a shot, there’s one other element that makes the season a must watch: The plot, or more specifically the running story of the Hero Hunter arc.

Though the episode only touches on it briefly, the show is now entering one of the most harrowing sections of the story. In it, the threats posed to society by the monsters is increasing, with monster attacks on the rise and more dangerous foes emerging daily.

This leaves the hero association on the lookout for a way to combat them, though few know of Saitama or his role in stopping the final calamity of the first season.

As such, those that do aim to seek him out; some to enlist him to their side, others to prove their strength by defeating him. Either way, a storm of conflict is brewing with Saitama at the center, and it couldn’t be framed better.

It’s equal parts epic and hype-worthy. And yet, thanks to Saitama’s continued apathy toward most fights and conflicts, it also provides plenty of opportunities for unceremonious victories by the chrome-domed caped crusader.

It’s understandable that people were skeptical about One Punch Man season 2, but it’s clear those worries were misplaced. In most every aspect, the show is still a must watch, and likely will be for the rest of the season and beyond.