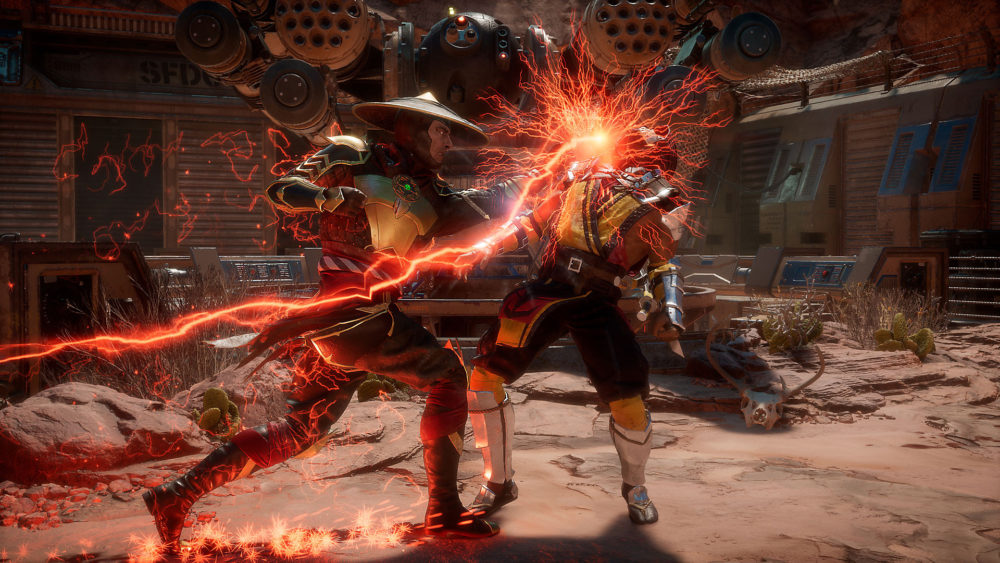 Mortal Kombat 11 is finally here, and given the fact that it has arrived at the tail end of the console generation, some players might be wondering if it is PS4 Pro and Xbox One X enhanced?

It’s a fair question. After all, the Mortal Kombat series has always been held in some regard for its graphical fidelity and the visual feats of its gameplay.

As such, it’s no surprise players would want to see the game running at as high a graphical fidelity as possible, with each bloody blow they deliver to one another rendered in graphics as crisp as their hardware can muster.

Fortunately for them, the answer is yes. Mortal Kombat does, in fact, offer support for the more graphically powerful line of consoles.

Whether players choose to play Mortal Kombat 11 on the PS4 Pro or the Xbox One X, they’ll have the option to play the game in 4K and at 60 frames per second.

This means players can enjoy the bone crunching blows and flesh rending fatalities in all their gory glory with nary a graphical stutter or visual imperfection.

Do the PC and Switch Ports Offer Enhanced Graphics as Well?

This extends to Mortal Kombat 11’s PC port, which can support 4K and 60 fps so long as the computer that players are using is powerful enough.

As for the Nintendo Switch version of the game, the answer is technically no. While it has been touted to run at 60 fps, the version doesn’t support 4k. Given that it offers the option to play Mortal Kombat on the go however, it’s an understandable tradeoff.

Hopefully that cleared up whether Mortal Kombat 11 is PS4 Pro and Xbox One X Enhanced. For more on the game, check out our review as well as our guide wiki for plenty more tips, tricks and info.