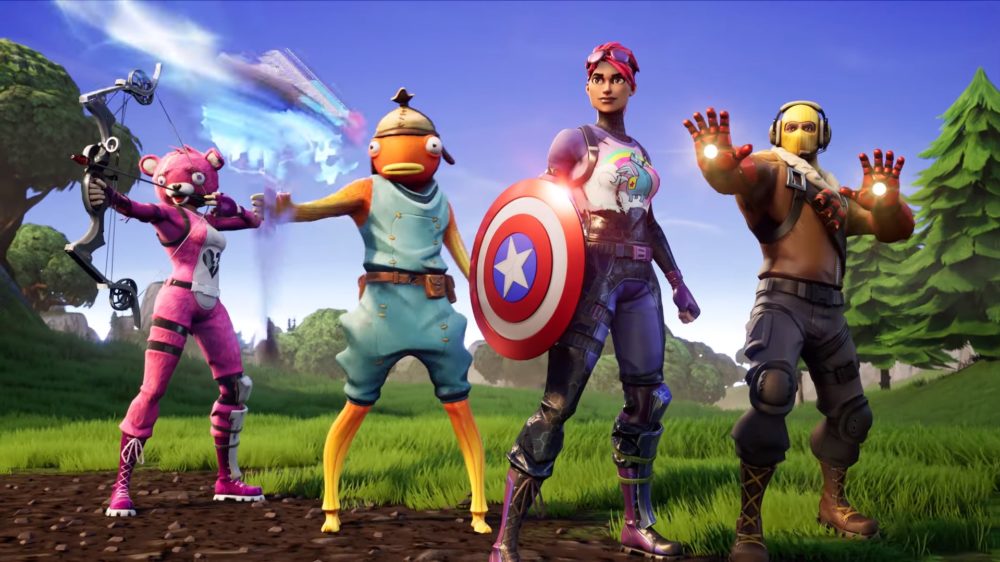 The Fortnite x Avengers crossover event has finally arrived just in time for the release of Endgame in cinemas. The event introduces a new Limited Time Mode (LTM) to Fortnite’s mix of modes, which sees two teams fighting it out to acquire the Infinity Stones and put an end to the opposition once and for all. Here’s everything you need to know about the Endgame LTM in Fortnite.

What the Endgame LTM Is

Let’s start off by giving you a breakdown of exactly what this mode is. Essentially, this is a team-based mode that splits the usual 100 player pool into two teams. One side assumes the role of the Heroes while the other is Team Thanos.

To help the Hero team in their battle against Thanos and his Chitauri, there a number of Mythic Avengers items scattered across the map. Every member of the Hero team will start with a treasure map that leads directly to one of these items to give them a headstart.

Acquiring these items will give you a massive advantage when taking on Thanos, as they’re capable of dealing huge amounts of damage, which will come in handy considering the powers of the various Infinity Stones in this game mode.

Those on Team Thanos will begin as a Chitauri. Every Chitauri starts with a powerful laser rifle, an anti-structure grenade attack, and a jetpack that lets them briefly leap high into the air. The first member of Team Thanos to find an Infinity Stone somewhere around the map will then be transformed into Thanos.

Just as we saw in the Infinity Gauntlet LTM last year, Thanos has insanely powerful attacks and a larger health and shield pool to help him tank all that incoming damage. Additionally, the various Infinity Stones each provide a buff once found, meaning the more that are collected, the easier it becomes to decimate the Heroes.

How Do You Win in Fortnite’s Endgame LTM

Each team has a different objective they’ll need to work towards. For those on the Heroes side, you’re simply tasked with eliminating the Chitauri Invaders and Thanos.

Acquiring the aforementioned Avengers items will help you in your mission to do this, but the grind to the end is pretty intense. You’ll need to eliminate Thanos a number of times, as each time he is eliminated, another Chitauri will fill the titan’s boots.

If you’re on Team Thanos, you’ll be tasked with simply acquiring all six Infinity Stones first. This will not only grant insanely powerful abilities to Thanos with each one obtained, but you’ll also prevent the Heroes team from respawning once all six have been collected. At this point, it’s simply a case of eliminating the rest of the team before they eliminate Thanos and his army.

What Thanos’ Moves Are

Thanos’ moves remain unchanged from the Infinity Gauntlet LTM that we saw last year to coincide with the release of Infinity War. We’ve listed these for you down below:

What the Infinity Stones Do in Endgame LTM

As we’ve previously alluded to, the Infinity Stones will need to be obtained by Team Thanos as they drop across the map. Once found, each Infinity Stone grants powerful buffs to Thanos’ various abilities. We’ve broken all these out for you down below:

How to Get Avengers Items & What They Are

From the leaked Endgame LTM challenges, we know that the following Avengers items have made their way into this new Fortnite LTM:

The easiest way to get Avengers items in the Endgame LTM is to use the treasure map you get at the very start of a game. This leads players straight to one of these mythic items, though it appears to be random each time.

The remaining Avengers items can be found in Chests throughout the map, so don’t be looking for anything dropping from the sky.

You’ll just need to search chests the old-fashioned way. We did notice, however, that some of these items could just be found on the floor as the game progresses. It appears as though players drop Avengers items once eliminated, allowing another player on the team to give them a try.

What the Fortnite Endgame LTM Challenges Are

Of course, with there being a new Limited Time Mode hitting Fortnite there’s a new list of challenges for players to grind their way through. We’ve included a screenshot above of the challenges. We’ve also broken these down in text format down below just in case you’re having issues viewing the image.

Upon completing 10 of the 11 Endgame challenges, players will get the Avengers Quinjet glider. Completing individual challenges also nets you smaller rewards such as emotes and sprays.

Are There Any Avengers Skins or Items in Fortnite’s Item Shop?

Well, it turns out it isn’t just items and the game mode that’s dropped as part of the Fortnite x Avengers crossover event. Epic Games has also dropped a number of Black Widow-related items in the Item Shop to kick things off. It remains to be seen whether or not there will be more to follow, but we’d assume there probably is.

We’ll be sure to update this post as and when we find out more about them, but you can check out Black Widow’s cosmetic items down below.

The new Avengers-related cosmetics are as follows:

We’re going to continue to update this post with more information as we sink our teeth into the mode and get a proper idea of how things play out. For more tips, tricks, and guides, be sure to check out our ever-expanding Fortnite Season 8 guide wiki.