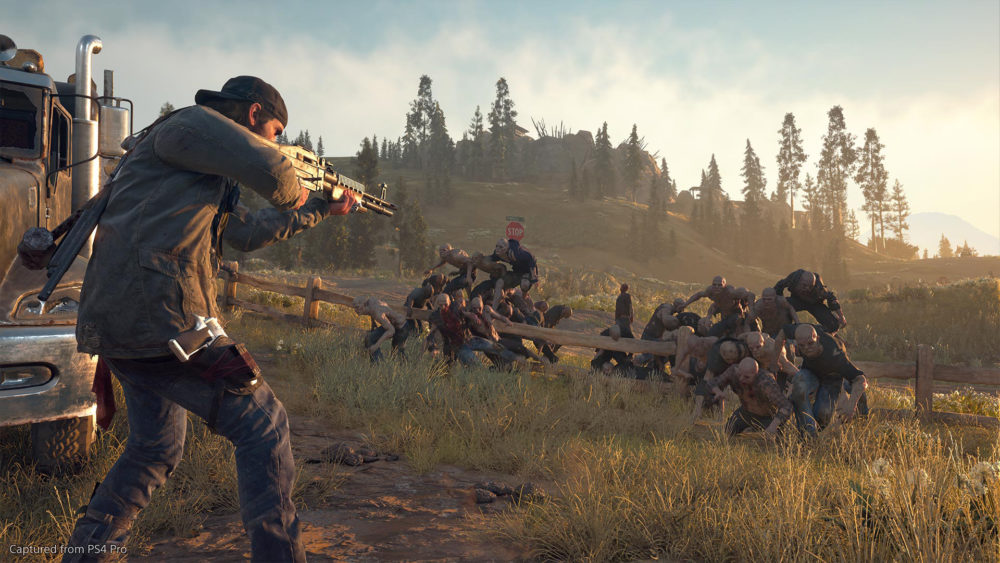 How to Beat All Freakers Easily in Days Gone

Swarmers are the most basic Freaker type you’ll come across in Days Gone. These are your regular zombie dudes who will come at you the moment they see you.

Swarmers are pretty easy to deal with, as you can sneak up on them pretty easily for a stealth kill. Headshots will insta-kill them as well, though we recommend sticking with melee attacks.

However, Swarmers get really dangerous when you encounter them in Hordes. With Hordes, we strongly advise against taking them on until you’re in the final act of the game, where you have access to napalm molotovs.

Hordes in Days Gone can only be taken down with careful planning and study of the environments they’re in. For instance, the sawmill has tons of wood you can cut to bring them raining down on the Freakers, and you can also kite them around a loop and fire at explosive barrels to blow them up.

Hordes are also best dealt with when there are narrow spaces you can run into. The idea is to funnel them through a choke point where you can throw more explosives at them, or unload a machine gun on them.

Newts are Freaker children who act as scavengers. They won’t attack you unless provoked, or if they can sense that you’re low on health. Similar to Swarmers, they’re best taken care of with melee attacks, especially since they have lower HP.

They tend to crawl and jump about a lot, so aiming a gun at them can be tricky.

Screamers are exclusively female Freakers with long hair, and will scream to attract all nearby Freakers to their location. They will run away from you once they spot you, and while it is possible to kill them stealthily, we recommend just shooting the hell out of them.

Breakers are probably the toughest form of Freakers you’ll face in Days Gone. They’re huge and brutish, and they deal a ton of damage.

If you manage to sneak up on one, definitely take the opportunity to pelt it with a few molotovs and grenades because you won’t get a chance to do so later. There is a skill that allows you to pull off a stealth attack on them, but if you don’t have it, just gunning it down will work as well.

When a Breaker charges towards you, dodge only at the very last second, then sprint away to get some distance before you start shooting again. Rinse and repeat till it dies.

Another late-game Freaker type in Days Gone, Reachers are extremely fast, and will dart out of your sight before charging straight at you. They’re speedy, but they also don’t have a lot of health.

With the Focused Shot ability, just slow down time whenever it’s in your sight, then start pelting it with bullets. It’ll run off once it’s taken enough damage, allowing you to recharge your Focus bar. By the time it comes charging back at you again, you should have enough Focus to slow down time again to take it down.

These are infected wolves that move extremely quickly. There’s no good way of dealing with them, aside from just abusing Focused Shot and gunning them down before they even have a chance to react.

Melee attacks won’t stun them at all, and with how fast they move, your best bet is to keep as much distance as possible and shoot them dead. If you’re on your bike, always have enough ammo for your sidearm to keep them off you, as they can keep pace with your bike.

These are infected bears and infected crows respectively. Ragers are basically the bear versions of Breakers, and they’re dealt with in pretty much the same way. Get some distance, shoot them, and dodge their swing at the very last second.

Criers are pretty annoying, as they have a tendency to just loop around you before swooping in for an attack. Like so many other Freaker types in the game, the best way to deal with them is by aiming up with Focused Shot, and shooting them out of the air.

That’s all you need to know about how to beat all Freakers easily in Days Gone. Be sure to check our Days Gone guide wiki for more tips and information on the game.