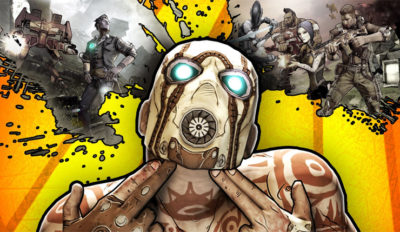 Everything You Need to Know About Shift Codes, Golden Keys & Golden Chest in Borderlands Remastered (GOTY)

First off, let’s run you through what all of this even means and how it all fits together. Long story short, Gearbox has implemented a Golden Chest in the remaster of this classic game. It wasn’t there in the original version, so this is entirely new to everyone checking out the updated version.

Essentially, you’ll need Golden Keys in order to open the Golden Chest. Just one key is enough to open it once and nab you some sweet loot, but you don’t want to just stop at one. That’s where Shift Codes and Golden Keys become so important.

Shift Codes can be used to get more Golden Keys and of course, more keys means more chance to loot from the chest. So, without further ado, let’s dig right into the nitty-gritty here.

Where the Golden Chest Is in Borderlands Remastered

First things first, you’ll want to know where this Golden Chest can be found. You’re going to want to head to the Fyrestone area of Borderlands’ map and head to the very north section here. Keep an eye out for the Catch-a-Ride station and vending machine in this area, and you’ll simply want to head just a little bit further north of these.

You’ll even complete a ‘Catch-a-Ride’ mission in the very early stages of the game, so it shouldn’t be long until you can reach this point. From there, you’re looking for the chest which can be seen in the image above.

Granted, it’s not all that Golden, but upon interacting with it, it’ll ask you to confirm that you want to use a Golden Key to open it. Simply confirm this and you’ll be granted a special bit of loot as a result.

How to Get Gold Keys

As we previously mentioned, knowing where the Golden Chest is in Borderlands Remastered is kind of pointless if you don’t have any gold keys to open it up. Fortunately, for just updating to, or purchasing the Remastered/ Game of the Year edition, players are given 75 Gold Keys to begin trying their luck with the Golden Chest.

Of course, once you’ve burned through these, chances are you’re going to want to know how to get more. Well, it seems as though the only other way to get these keys is to get and redeem Shift Codes within your game.

How to Get Shift Codes & How to Redeem Them

Shift Codes are 25-digit strings of numbers and letters that can be entered into the game. These grant you all kinds of different things, but mainly it seems to be Gold Keys. Currently, finding Shift Codes to work with Borderlands Remastered is a little bit tricky, as Borderlands 2 also had this same feature and many are unique to it.

However, players can head over to the Borderlands official website and sign up to the Vault Insider program. This not only allows you to unlock a bunch of rewards for completing activities on the website, but there’s also a means of earning Shift Codes for Borderlands Remastered here.

You can even redeem any Shift Codes on your account via the redemption page here, too.

Then, once you load up Borderlands Remastered again, you should find that your Gold Keys or other rewards are ready and waiting for you to use on that Golden Chest.

That’s all you need to know about the Golden Chest, Gold Keys, and Shift Codes in Borderlands Remastered. For more tips, tricks, and guides, be sure to search for Twinfinite.