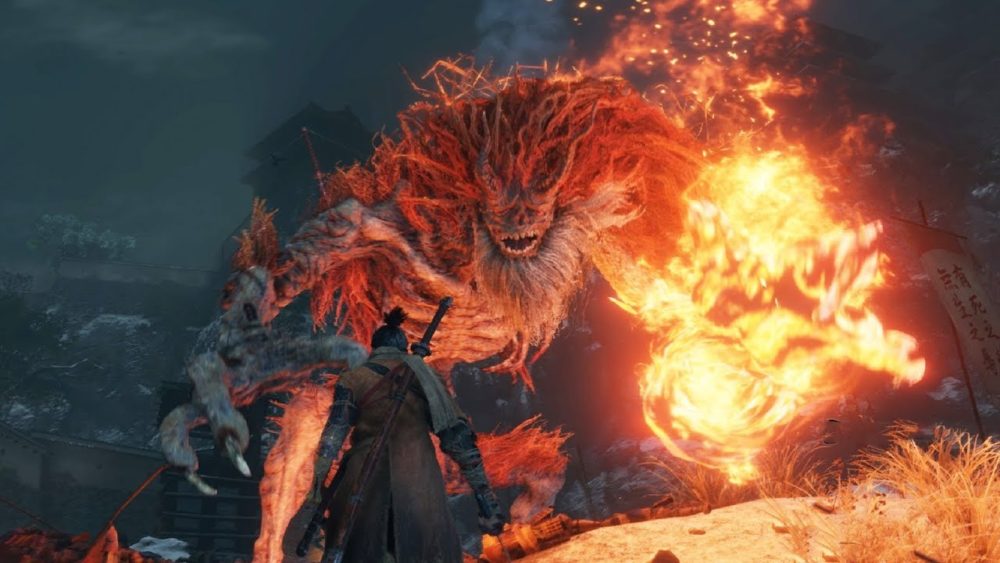 How to Find the Demon of Hatred

In order to fight and defeat this boss, you’ll have to find them first. Finding the Demon of Hatred requires you to progress almost to the end of the game.

To be exact, you’ll be able to encounter them after the last significant board state change occurs, signaling you’re in the game’s closing stages. If you head to Ashina Castle, you’ll find it aflame.

When you arrive at the castle, grapple to the rooftop on the right side of the castle and locate a kite. Use the kite and then it will require you to essentially backtrack the route you took at the beginning to find the Demon.

You’ll be teleported to the boss area after you hit an idol. Once there, you can rest and recover at an idol before the fight begins.

How to Defeat the Hatred Demon

Once you begin the fight with this secret boss, you’ll need to survive three phases. Despite this, his move-set is relatively similar each time, as you simply need to grapple him after he jumps and jump to the right when a red icon appears to avoid his sweeping attack.

With this in mind, the first phase shouldn’t be too difficult. When you reach the second phase, he gains an extra ability, one that is signified by charging up his flaming arm.

When this occurs, run left or right, committing to one side, and jump soon after to avoid the fire that appears underneath. After avoiding the attack, grapple him.

The third and final deathblow you’ll need to deal comes after he gains the ability to make a flame ring around you. You’ll be alerted to this attack when symbols pop up, and it’ll simply require you to jump each time at the correct moment.

Repetition and timing are key for this boss, so don’t be frustrated if you’re not able to get it down on the first try. For defeating the Demon of Hatred, you’ll be rewarded with the Hatred Demon memory and Lapis Lazuli.

That is everything you need to know about how to find and beat the Demon of Hatred in Sekiro. For more helpful hints and guides, be sure to check out our ever-growing Sekiro guides wiki.