If there’s one thing we continue to learn in the video games industry, it’s that Kickstarter campaigns for games seldom go down all that well. Sure, Shenmue III may have blasted through its initial funding target of $2 million in eight hours, but that’s not a guarantee for success.

After all, we only need look at the likes of Mighty No. 9’s poor reception, and the never-ending development of Star Citizen to see that things don’t always go the way developers had intended.

It’s not just that Shenmue III is coming via Kickstarter that has us questioning its 2019 release date, but the fact that we haven’t actually seen a whole lot of the game since the trailer shared alongside its Aug. 27 release date back at Gamescom 2018.

While we hope we’re wrong and we’ll be happily playing through the next chapter of Ryu’s story come August, we can’t help shake that feeling that the combined factors of Kickstarter development, the lack of gameplay footage, and no doubt lofty expectations for the game have another idea.

It may not be the perfect outcome, but to quote the ever-wise Shigeru Miyamoto, “A delayed game is eventually good, but a rushed game is forever bad.”

Fortnite: Save the World

While the rest of the games on this list simply cannot be played yet, Fortnite: Save the World is out already, technically. We say technically because it’s out now in paid early access, with a free-to-play release coming at some point in the future.

For most, Fortnite is associated with Battle Royale, the PvP worldwide phenomenon. Save the World came first, though, as a PvE experience that had players working together to build fortresses and fight off waves of zombies.

Despite releasing in paid early access in mid-2017 and having had a number of free-to-play release windows announced by Epic, fans are still waiting to download the game free of charge.

The most recent delay of Save the World’s free-to-play release date, taking it out of 2018 and into this year, was blamed on “features, reworks, and backend system scaling.” This suggests there’s still a fair amount of work Epic has to do before it’s happy with the finished product.

So why are we so doubtful? Well, for a start, the development team is constantly working on fresh content to drop as part of the weekly updates that hit both Save the World and Battle Royale on Tuesday. That’s sure to slow the development process down a little.

However, it’d be silly to ignore the elephant in the room. Battle Royale is still huge right now, and releasing Save the World in its free-to-play format is sure to drag some BR fans away to at least check it out.

Rather than splitting its player-base between the two modes, it may be that Epic Games is giving Save the World as much spit and polish as it can before the Battle Royale hype dies down, so it’s ready to kick the hype off all over again when… or if, that does ever happen.

Sony hasn’t had the best run of form with sticking to release dates for its exclusive titles so far this generation. Horizon Zero Dawn, God of War, Detroit, Uncharted 4 and GT Sport just to name a few all suffered delays. Some worse than others.

As such, with MediEvil being one of the few remaining Sony exclusives slated to release on the PS4, we can’t help but hold some doubts.

Not only does the track record of exclusives for PS4 not bode well for MediEvil hitting its 2019 release to begin with, but the fact that we’re so close to the end of the console’s life cycle could see Sony make the decision to delay the MediEvil remake as a PS5 launch title.

After all, we know how important getting off to a good start in a console generation is, and with the PS5 predicted to be hitting sometime in 2020 by industry analysts, the transition to becoming a launch title for the system doesn’t seem all that hard to believe. 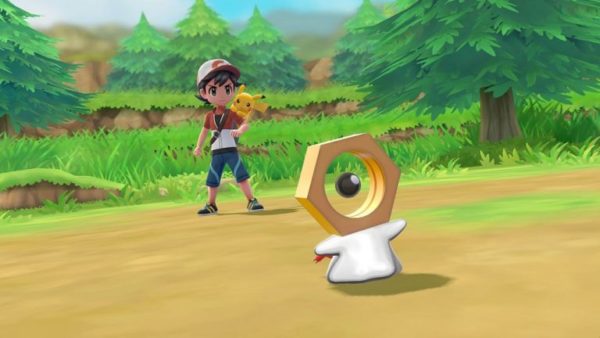 Honestly, we’re incredibly dubious about the untitled Pokemon Switch game hitting Nintendo’s hybrid system before the end of this year.

Not only has developer Game Freak pushed out the Pokemon Let’s Go titles just a few months ago, it’s also been incredibly quiet ever since the Pokemon Company CEO Tsunekazu Ishihara showed up during Nintendo’s E3 2017 event to break the news that the title was in development.

Outside of the fact that “Game Freak is developing a core RPG Pokemon title on Nintendo Switch,” there’s pretty much nothing else known about the title at this point.

Ishihara has stated that the title “is coming in the second half of 2019,” giving the developer plenty of time to finish the game prior to a Fall/Winter release this year.

However, with Sun and Moon releasing in 2016, Ultra Sun and Moon in 2017, and Let’s Go Eevee and Pikachu hitting the Switch last year, we have to wonder just how far the game is along in development by this point.

E3 is looking set to be when Nintendo blows the lid off the upcoming Pokemon Switch title, and we’d hedge our bets that a new release date outside of this year may come with it. Only time will tell, though.