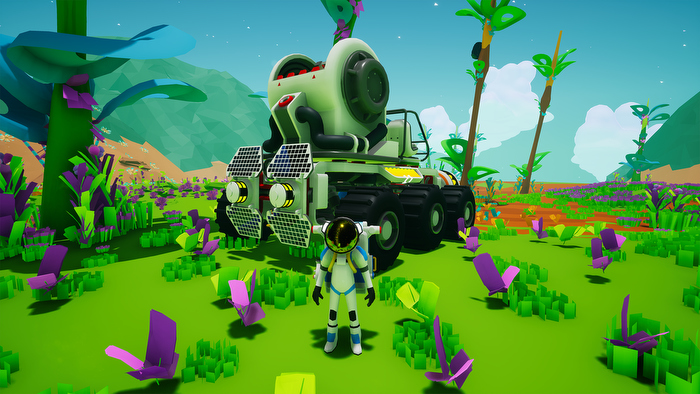 Are There Console Commands in Astroneer?

If you’ve been wondering if there are console commands in Astroneer, we’ve done the research and have an answer for you.

Allowing players to embark on interplanetary adventures of excavation, industrialization and survival, Astroneer is chock-full of activities to keep players engaged for hours and hours on end.

They can travel to new worlds across the galaxy, harvest resources from untouched alien landscapes and build a viable habitat that allows them to harvest yet more resources to fund future adventures.

Of course, this can lead to a lengthy time sink, and as such some players would probably reach the point where they want to use console commands to speed up the process for a quicker play session.

Unfortunately, this isn’t possible for console players of Astroneer.

While the PC version of the game does have mods which allow players to use cheats and trigger item spawns, the console versions of the game have yet to see such features added.

It’s an understandable choice by developer System Era Softworks. After all, most of the fun of Astroneer comes from the challenge of amassing resources and struggling against the world around you while you do.

Even if it would speed up the process to have console commands, keeping them out maintains the game’s balance and allows it to remain as its creators intended it to be.

Still, though, it’s not entirely impossible that console commands might one day come to the console version of the game.

Astroneer still sees active support from the developer, and if there is enough demand for the feature to be added, they may design a new sandbox mode that allows players to alter the world in whichever way they wish.

Hopefully, this clears up whether there are console commands in Astroneer. For more tips, tricks and secrets you may have missed in games, stay tuned to Twinfinite.net for all of our latest guides.