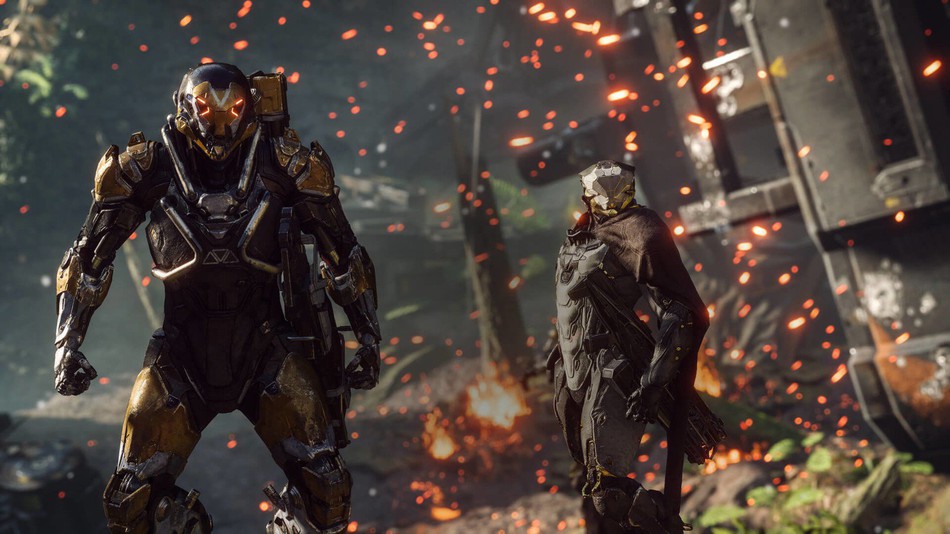 Anthem is a loot-driven shooter cut from a similar cloth to games like Destiny and Diablo. For one reason or another, you’re going want to crack open chests which will reward you with useful loot. Here’s the best way to farm & find chests in Anthem.

There’s a couple of reasons you’re going to want to farm & find chests fast in Anthem. These range from the obvious of wanting to have as many loot drops as possible to a main campaign mission involving the Trial of Yvenia which requires you to have opened a bunch before progressing.

There’s two schools of thought as of launch at least, for the best way to farm & find chests in Anthem. The safe and steady route is to participate in Stronghold activities.

Strongholds are Anthem’s version of dungeons. Dive deep in with a group of other Anthem players and make your way to the activities’ final boss.

Along the way, you’re guaranteed yourself a set amount of chest drops that will reward you with loot. The higher the difficulty, the better chance you have at better gear. And of course, the faster you and your team can clear the strongholds, the more chests you can rack up.

The other school of thought is roaming the map on free play. The drops from them might not be better, but with good luck, you could potentially farm chests in Anthem faster by roaming the game’s map.

Chests are sometimes found just out in the wild, and you can also quickly complete world events which are short mini-missions that will reward you with a chest drop upon completion.

It’s riskier because you can wander around and not run into any of that, but at the same time, the opposite could be true and it’s a lot faster than dealing with an inexperienced Stronghold team that takes a long time to complete. The choice is yours

That does it for the best way to farm & find chests in Anthem. For more tips, tricks, and FAQs answered, be sure to check out our wiki guide.