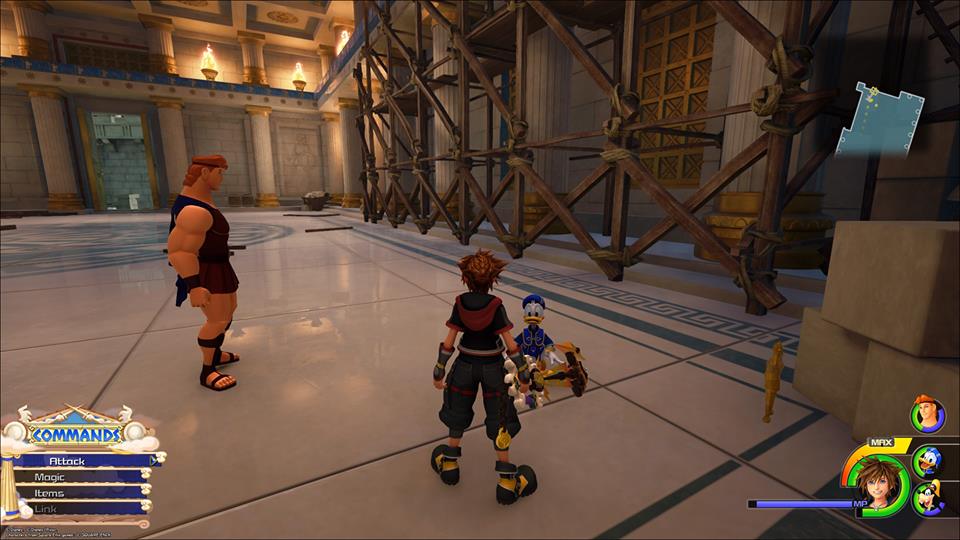 How to Restore MP in Kingdom Hearts 3

MP is one of the most useful and necessary resources to be found and restored in the Kingdom Hearts series. Here’s how to restore MP in Kingdom Hearts 3.

If you’ve played any game in the Kingdom Hearts series –or really, any Japanese action RPG– you know that magic is one of the most important aspects of your combat roster. It can save you when you’re almost down, get you clear of enemies or outright finish the fight.

The same goes for the Kingdom Hearts series, one of the most popular action RPGs out there (no doubt thanks to its infusion of traditional Japanese staples with Disney characters and worlds), and Kingdom Hearts 3 is no different.

As you make your way through the handful of Disney worlds in Kingdom Hearts 3, you’ll find yourself using moves like Thunder, Fire, Blizzard and of course, Cure (in part thanks to Donald’s lack of care for your well being). Each time you use one of these moves, your MP goes down.

Obviously, you’ll want to restore MP. Here’s how to do that.

There are three ways to restore your MP in the game.

The first way to restore MP is with items that can be found in chests or purchased in Moogle Shops; specifically, Ethers and Elixirs.

After you have obtained some of these — Ethers restore some MP and Elixirs restore all of it and all of your health — you can assign them to your catalog of actions (found on the bottom left of the HUD).

By assigning it to a button, you can quickly use these items. You can also use them by going to the item in the menus.

The second way to restore MP will come naturally as you fight enemies. When you defeat an enemy. they drop green orbs and blue orbs, among other things like items.

The third and final way is to just let your magic points replenish naturally over time.

After you have used up your entire MP gauge, after roughly 30 seconds, it will turn pink and recharge itself.

Question: How do you restore MP in Kingdom Hearts 3?

Answer: Your MP will naturally restore over time, and picking up blue orbs dropped by enemies also replenishes it. Otherwise, use ethers and elixirs bought from item shops.