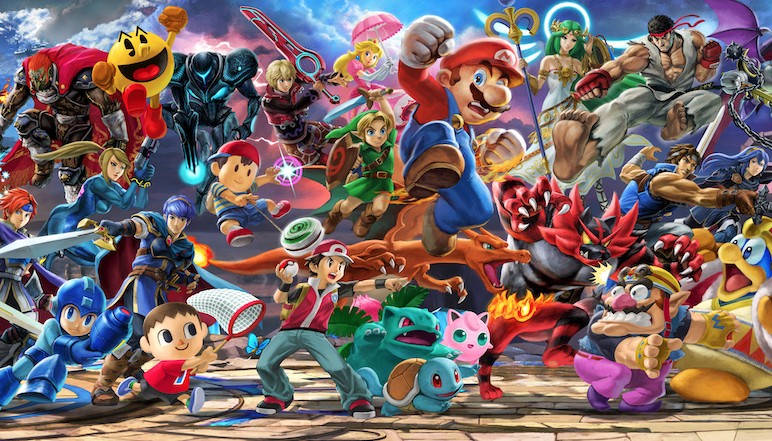 The battle with the Legend spirit Pauline pits you against Peach, Mario, and Donkey Kong. The stage will end as soon as Peach is defeated, and taking out Mario and Donkey Kong isn’t a requirement. The fight is timed, and Peach is one slippery princess, which is why this fight is so difficult.

There are two great methods to beating Pauline. The first method makes the fight a total cakewalk, but you will have to own certain support spirits in order to do it.

The most important support spirit is one that grants you a Staff at the start of a battle. The Staff item is a ranged weapon that deals greater damage the farther away an opponent is. Cupid is one such spirit with this ability. Be sure to equip the cupid spirit to a strong primary spirit for extra damage.

An optional step is to equip another support spirit with the ability to increase the power and ammo of shooting items. Pocket Football Player and Chozo Statue are two such spirits that can get the job done.

Entering the fight, Peach will spawn on the right side of the stage while you’ll spawn on the left. All that’s really left to do is to adjust your vertical positioning, line up a good shot and fire away. Three shots or so should be enough to take out Peach in seconds.

That is undoubtedly the best way to go about beating Pauline in World of Light in Smash Bros Ultimate, but there is another good method if you lack the required spirits.

How to Beat Pauline Without the Staff

For this method, equip your most powerful primary spirit and some support spirits of your choice, then pick Marth as your fighter.

Upon starting the battle, immediately climb the ladders and jump to the top platform. Head as far left as you can to force Mario to follow you. When he’s closing in, quickly dodge roll to the right, and then use Marth’s down special, counter. If all goes well, that should eliminate Mario.

Mario will hopefully drop his hammer, and you’ll want to pick it up. With hammer in hand, go to the right side of this platform. When Donkey Kong spawns, he will immediately begin retreating away from you to the left side.

The hammer item would have likely worn off at this point, but Donkey Kong will be in a position where a few side specials should make short work of him.

All that’s left to do is take out Peach. Unfortunately, there’s no easy way to do this besides chasing her down and getting some smash attacks in when you can.

The 75m stage isn’t the easiest stage to navigate in Smash Bros Ultimate, even for the A.I., so there’s a chance that Peach might just self-destruct.

Question: How to Beat Pauline in World of Light?

Answer: Ideally, use a spirit that grants you a staff and take out Peach right away with it, ending the fight right away. Otherwise, use Marth and take out Mario, then DK, then Peach.