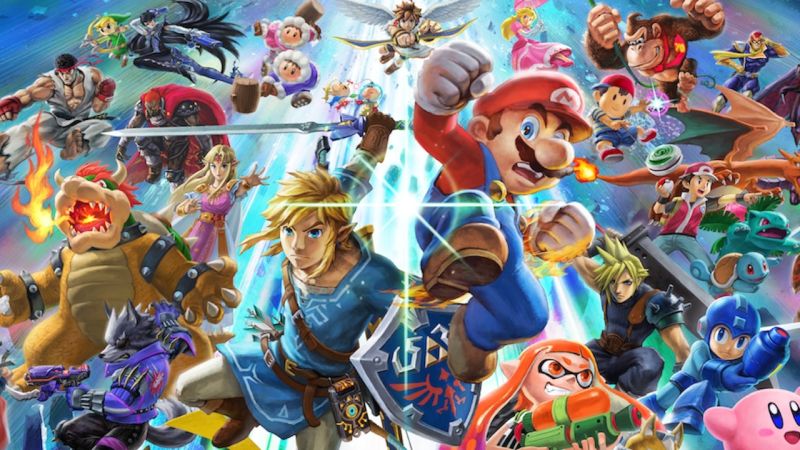 Fans of the Smash Bros series likely have a love-hate relationship with the single-player facets of the series. In the first games, it consisted of simply fighting all of the characters. Then, Brawl came along and brought with it Subspace Emissary.

Featuring cutscenes that mashed beloved characters up, and a story to boot, Subspace Emissary showed fans what single-player could look like in Super Smash Bros. Since then, though, Nintendo hasn’t really delivered any experience like Subspace Emissary.

With Smash Bros Ultimate, that hasn’t changed, but they have introduced a slew of new single-player things to do. One of those is the Spirit Board.

The Spirit Board is basically a challenge mode that allows skilled players to unlock in-game spirits (which are basically jpg stickers) of characters throughout the Nintendo catalog. With over 1000 spirits available to earn, it will be months before players grow bored, unless of course, they hate collecting things.

To access the Spirit Board in Smash Bros Ultimate, you need to select the Spirits menu on the main screen, which can be found right next to the other single-player mode, Adventure Mode. Once at the Spirit Board, you should see 10 slots for spirits on screen.

At first you’ll only have access to a few of these slots, but by completing spirit battles and challenges for the Spirit Board you’ll eventually unlock access to more slots. You can fight each spirit on the board.

If you defeat a spirit, don’t assume you’ve unlocked it. By beating a spirit, you’ve simply unlocked a chance to capture it.

After finishing off a battle in Smash Bros Ultimate, you’ll see the spirit on screen with a rotating shield around it. You will need to shoot into the missing segment of the shield to hit the spirit, which will capture it.

If you hit the shield, you will destroy that segment, meaning the next time you get the opportunity to capture said spirit, it will be easier.

If you fail to defeat a spirit, it will be removed from the Spirit Board for a lengthy period of time so don’t challenge a spirit until you’re confident you can defeat it.

Each spirit on the Spirit Board will have a five-minute timer. If that timer runs out, a new spirit is swapped in. If you don’t need any of the spirits on the board, you can wipe the entire board to receive a list of 10 new spirits by spending Spirit Points unlocked in both this mode and the World of Light.