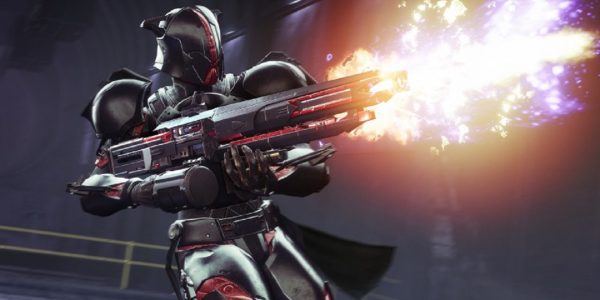 How to Beat Volundr Forge in Destiny 2: Black Armory

Destiny 2‘s Black Armory update is here alongside the Season of the Forge, and it brings with it a new set of quests culminating in the creation of a powerful Machine Gun legendary weapon, Hammerhead. However, getting this weapon will require you to beat the Volundr Forge mission on Earth. Here’s are some tips and tricks for preparing and clearing it.

At launch at least, beating the Volundr Forge is going to be extremely challenging for most Destiny 2 players. Yes, you could wait a few weeks and get your power level up higher, which will make this mission a lot easier, but then, of course, you’d have to wait to move on. It’s up to you.

If you’re dead set on going after it now, then here’s what you need to be ready for it. First off, obviously, you want to be as close to 600 power level as possible or higher. The enemies in Volundr Forge at 625 power level. Doing it at anything lower than 600 power level will require you to be a god amongst a team of gods, or to be totally carried.

As far as weapons and gear goes, like our pal Datto once told us, just wear the highest that you got. If those happen to be your favorite weapons, then great! However, power level is the #1 most important factor right next to skill for actually surviving and clearing Volundr Forge and moving along in Destiny 2: Black Armory.

However, we can tell you that having a powerful sniper rifle like Whisper of the Worm (ideally) or DARCI will help a lot on the Forge Warden. Or, lacking that, bring along Sleeper Simulant if you have that. In essence, though, you need something that can shoot from far away for lots of damage somewhere in your kit.

Finally, as far as supers and abilities go, you’ll want something that can take down packs of enemies very quickly because you will be swarmed, and ideally at least 1 Warlock so that you can have rifts up while DPSing down the Forge Warden boss.

Supers that can pack a quick and powerful bunch like Nova Bomb and Blade Barrage are great in this fight.

Once you’re in and up and running you’ll notice the big tall construct near the center location of the area you’re in. That’s the forge, and your goal is to kill blue aka phased enemies which drop Radiant Batteries.

You need to pick up, and then throw the Radiant Batteries at the large pillar aka the forge, to charge it up to 20, and clear the wave.

Whenever you or anyone on your team chucks a Radiant Battery into the forge, it will add a few seconds onto the clock, giving you some extra time. Just don’t wait around though. Grab the battery quickly as long as it’s remotely safe, and throw it in.

Your time is limited so you need to move quickly. There are lots of enemies besides just the phased, so try not to let them pile up and clear the easy ones as you come across them.

The most dangerous threats by far are the turrets and colossus enemies. If you get surprised by them, don’t try and take an unfair fight if you’re below the power level or else you will likely die. Go and hide, and take it out from a safe distance or ignore them entirely if you can.

After the first wave is cleared, you’ll be greeted with a second wave. It’s exactly the same process except harder and with less time on the clock. Kill the phased enemies and throw them into Volundr Forge. Be quick about it, it’s a lot easier to fail due to running out of time on this one.

Once the second wave is dispatched and Volundr Forge is rip-roaring, the Forge Warden will come out to say hello.

He’s not too bad if you have all those guns we spoke about, except for one catch. He a forcefield shield that will make him invincible until you take out the small teal shield generators that circle him.

So first things first, when you start the fight, find a safe place to snipe him from that’s far away from where he spawns if you’re indeed going with that strategy. If you’re roaming, stick and move, clear adds, and find cover.

Take out the generators that are circling him quickly, and then try to DPS and stun lock him with some powerful shots from guns like Whisper of the Worm and DARCI. Try to save your non-Well of Radiance supers for when you’re being swarmed by other enemies or if you need to quickly take out his shield again because it will regenerate. Hammers, Knives, and a Nova Bomb to shield should clear most of them pretty fast.

It’s really just rinse, repeat, and survive. Try not to ever get to close to him, coordinate with your team to snipe him down and when he’s dead, go collect your reward. Congratulations!

That’s all for how to beat Volundr Forge in Destiny 2’s Black Armory update. Enjoy the power Hammerhead machine gun weapon, and start working on your next quest.