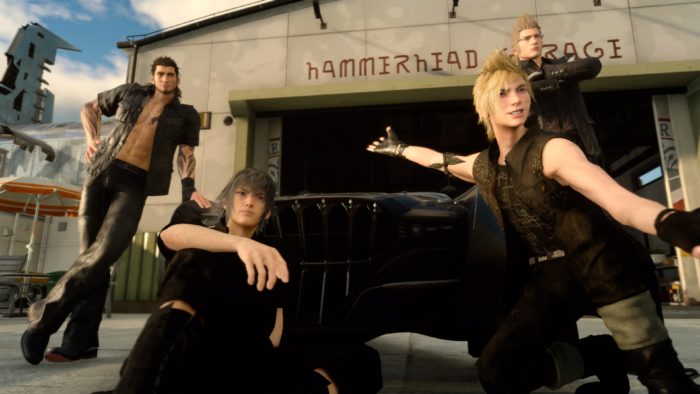 What a difference a week makes, and not in a good way for Square Enix. Following a report that its subsidiary, Luminous Productions, had lost the company $33 million over its last 12 months, Hajime Tabata, one of their most highly respected directors, resigned to pursue other projects.

Square Enix has since told me the two incidents aren’t related, citing “personal reasons” as Tabata’s motive for leaving. That seems unlikely if I’m honest, but we’ll never know exactly what was weighing on Tabata’s mind before he eventually threw in the towel. What is clear is that the combination of events set off a chain reaction at Square Enix, pertaining to the future of Final Fantasy XV.

During the same livestream in which Tabata’s resignation was made public, we were also told that 75% of the remaining DLC for the game had been canceled. Square Enix later confirmed that all development for the Windows version of the game, which includes the planned modding tools and GeForce RTX features, had also ceased. Only a crossover event with XIV and one of the planned DLC, Ardyn, will go ahead.

It’s sad news for fans of Final Fantasy XV. It’s also a dramatic departure from Square Enix’s vision to keep churning out content for the game as a longterm strategy. There were, after all, huge plans to keep it going as a flagship title for the foreseeable future. It was to be a cornerstone for the entire company as a bridge between traditional single-player games and the modern “games as a service” monetization model.

No longer, it seems — Final Fantasy XV is done for. And honestly, I’m actually relieved. It was high time Square Enix moved on.

I make no apologies for my dislike of the game. I thought it was disjointed, confused, and too often felt as though it was trying to include open-world tropes for the sake of relating to western gamers. And I really wanted to like Final Fantasy XV.

Most of all, I detested the scattershot approach of launching alongside anime content, a movie, a huge DLC plan, and everything else that went with that bizarre release date announcement event.

It just all felt wrong, as if Square Enix was desperate to try and flesh out this shallow world with half-baked lore before anybody had even had a chance to appreciate the game for, you know… the game itself. And it was shallow –that confusing story and bizarre set of characters with their bizarre motives. Final Fantasy used to be a balance of quirky and charming, but XV is just quirky.

None of this would have bothered me so much had Square Enix made the game, launched all the content, and then moved on. But this is all without even getting into the multiplayer, the pocket edition, the VR spin-off, the strategy game that was to launch after the fact.

It was evidently clear that Square Enix was to milk Final Fantasy XV for all it was worth. Thinking about it now, perhaps the recent update on Luminous Productions’ financial performance goes some way to explaining the logic behind that decision?

Regardless, from the perspective of a Final Fantasy fan that had no love for Final Fantasy XV, the situation was immensely frustrating. I felt as though I was watching the franchise tread water, refusing to move on from what was, let’s face it, a mediocre critical reception to XV. In the face of that old adage, “you can’t polish a turd,” Square Enix was determined to try. They failed.

I want to gasp a sigh of relief, but I find myself concerned about the future of the franchise in general. Luminous Productions had been created specifically to focus on AAA game development, and that didn’t turn out very well. What does that mean for Final Fantasy games moving forward, and for Square Enix’s wider strategy as a whole?

We’ll just have to hope they’re not intent on branching away from traditional single-player RPGs they’ve been making for thirty years. Mostly because I know they can do better than Final Fantasy XV and I want to see what that looks like. I’d like to think that the decision to cancel future content for the game is Square Enix putting the experience firmly behind them, with the intention of finding a way to deliver the sort of memorable gaming experiences I grew up with as a child.

The games industry is rarely that romantic, of course, but that won’t stop me dreaming.