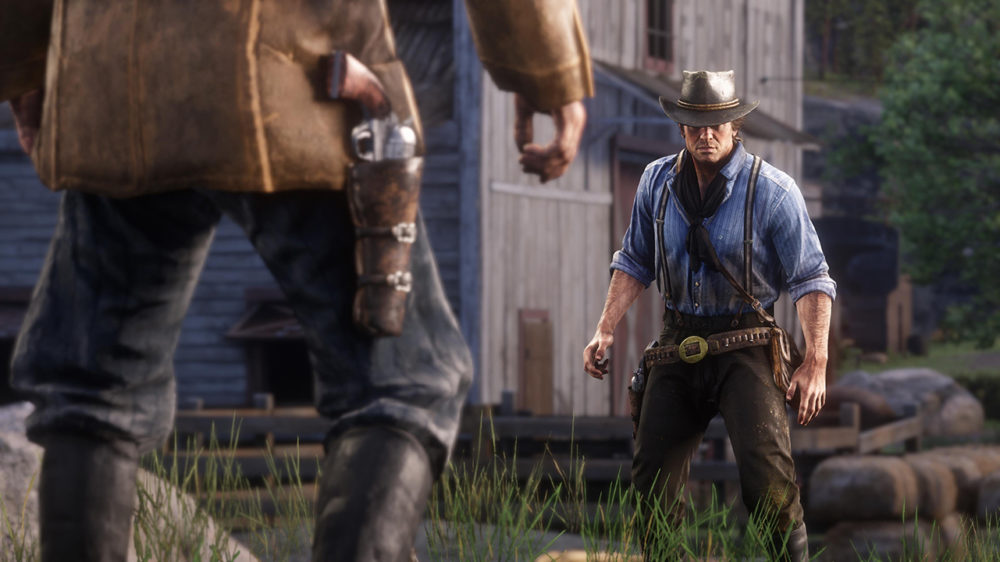 If you haven’t heard, Red Dead Redemption 2 came out. It’s very, very good and will probably win lots of Game of the Year awards from publications all around the industry. It might even win ours. Who knows?

We gave it our highest possible score, and it punctuates a year where we saw amazing game after amazing game release. It’s lovely being in the prime of a console generation, isn’t it?

At least for us here at Twinfinite though, getting our highest recommendation doesn’t mean we think a title is perfect. It just means that it’s at the top of genre, and is a game that is extremely easy to recommend to almost anyone that can handle playing it.

There are silly glitches, moments where the story drags, and there are items, and gameplay systems in place that feel like bloat at times.

However, the biggest offender of all is the games’ combat and movement. Somehow, despite all of the incredible things Rockstar has achieved with Red Dead Redemption 2, truly generational stuff, shooting and moving still feels like it’s in 2008.

The strength of those games has never been its shooting and general movement. It has always been passable, never bad enough to ruin all the other things that the games do right, but it’s never really been a point of pride.

The RAGE engine can handle open-world games of the highest quality scale beautifully, and that, of course, is the number one priority. Rockstar has found a way to continue pushing the RAGE engine to its limits in that regard.

It appears evident, though, we’ve seen all we’re going to ever get out of RAGE when it comes to shooting and moving.

It’s incredibly frustrating to have wait to watch Arthur take the most roundabout, awkward way to go around something. Or, having to get your left analog stick just right so you can pick up exactly what you want.

Firing a gun hasn’t evolved at all either. It’s still just aim, stick to your enemy, push up the analog stick a little so you can get the headshot, and then fire. The skill ceiling is how many headshots versus normal kills you can get.

This is true so much to the extent in Red Dead Redemption 2 in which most of the gold medal challenges for the missions involve two things, 1: how fast you can clear it, which is tied to 2: how many headshots you get.

I barely used any items in my run through of Red Dead Redemption 2. They just didn’t really feel that needed, so I forgot a lot of them existed. You can bet your 1899 dollar, though, that I do remember what chewing tobacco did.

I’d fly into Dead Eye mode as much as I possibly could. The game felt way more fun that way especially once you could start manually painting targets, and free firing while in Dead Eye.

Anytime I wasn’t in Dead Eye, I just felt like I was playing GTA IV but with cowboys again.

I think Red Dead Redemption 2 is the last game where I’m going to at least be able to grit my teeth and tolerate it. It’s not that it’s that bad, I’m just tired of it. It clearly wasn’t so much of a problem that it reduced my review score at all. I just really want to see some evolution on that front for whenever Rockstar’s next game releases. Not just refinements, something that is a marked improvement and feels as innovative as well, just about every other aspect of Red Dead Redemption 2 is.

It’s safe to assume that whatever it is, it’s on the next generation on consoles. If we’re still playing a game that controls marginally better than Grand Theft Auto IV from 2008, it’s going to take a pretty monumental effort everywhere to sweep that problem under the rug again like we saw with Red Dead Redemption 2 this year.