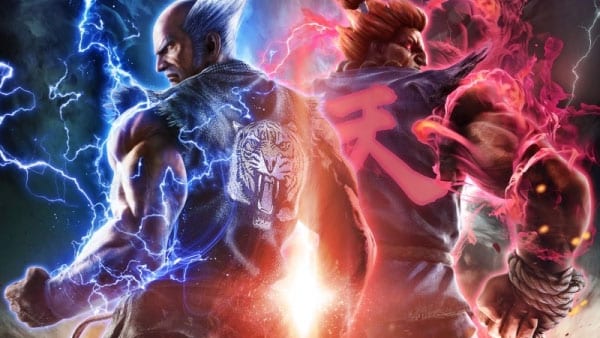 Soul Calibur VI’s critical acclaim has made a big splash in the fighting game community, but it’s Bandai Namco’s Tekken series that’s stolen the headlines for its commercial success. Yesterday, the publisher announced that Tekken 7 smashed through an impressive three million sales worldwide. In doing so, the franchises’ total sales now comfortably top the genre, with a staggering 47 million copies sold worldwide since its inception back in 1994.

So in the spirit of celebrating both games’ respective successes, we thought it might be interesting to take a look at the numbers across the whole genre via vgsales.* Here’s how the numbers measure up:

Of course, Tekken has always been a huge noise in the fighting game community. It’s also somewhat part of PlayStation legend, as the title the really moved the genre from 2D arcade gaming to home-console 3D gaming. Yet still, it’s quite incredible that it leads both Street Fighter and Smash Bros. for sales. Those are two enormous names in the industry –one that has been around for years longer, and the other with the brand power of Nintendo behind it.

Fighting games first and foremost live and die by how they control, and Tekken has certainly always delivered a brilliant gameplay experience. But we can’t help but feel it’s the series’ now iconic stable of characters that it owes much of its success too. Jin, King, Eddy, and Yoshimitsu are just a few of the names that really stick out. The blend of mixed martial arts and kendo in combination with characters that transcend realism and fantasy were a huge hit among players right from the off.

The roster has evolved and changed since the earlier games, of course, but it was the brand power first forged by the Tekken games of the 90s that hooked player interest and saw the franchise rise from pretender to giant killer. It’s not something that’s really ever been repeated on the same level within the fighting game genre.

Perhaps Injustice is the closest thing we’ve seen to replicating that level of success. We couldn’t find exact numbers for the franchise but estimates seem to put it in the 2-3 million range. Those are handy figures for a relatively young franchise, but they also put into context just what a total juggernaut Tekken is.

So let’s take a look at some numbers for individual games while we’re at it. These are the 10 best selling fighting games:

It shouldn’t come as too much of a surprise that Tekken 3 lead the way for the franchise. The third iteration of the series and the last on the PS One was a critical darling and one that became a hallmark title for the hardware. What is a little surprising is that it’s essentially the best selling “true” fighting game of all time, well ahead of Street Fighter and Mortal Kombat entries. Particularly, so, considering that Street Fighter has always and continues to be a big noise in the esports community. Tekken has done its legwork without commanding a significant competitive scene.

So if you needed any more reminder that Tekken is still at the forefront of the industry even after all these years, there you have it. Tekken continues to carve out a substantial community of players with each release, void of the esports branding and massive twitch numbers that one might think was necessary to stay relevant as gamer interest evolves and changes.

*vgsales is a wiki site that compiles statistics drawn from multiple sources. As far as we can tell, one or two of the figures are based on estimations by the author, which we’ve denoted accordingly. We have checked the other referenced sources for validation, most of which are official.