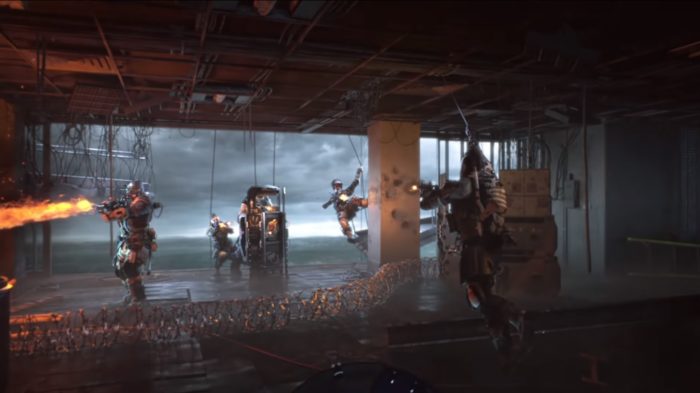 This week saw Treyarch send Black Ops 4’s battle royale mode, Blackout, into its live beta, providing fans with their first taste of what Call of Duty’s take on the genre would be like. With its latest trailer focusing on vehicular combat, explosive action, zombies, and the frenetic fast-paced shooting the series is known for, I was eager to dive in and see what Blackout’s most defining feature would be. The problem was, there wasn’t really one.

The battle royale genre has seemingly dominated most of the conversation within the video games industry for over a year now. First PlayerUnknown’s Battlegrounds lit the fuse, kickstarting the craze with PC players swarming in their hundreds of thousands to get a Chicken Dinner for themselves. Then came Fortnite, offering a less-grounded, lighthearted take on the military ‘last-man-standing’ blueprint that PUBG had laid. Its point of difference was implementing the building mechanic from the original Fortnite’s PvE experience, and it certainly provided a unique twist that’s since been joined by countless minigames and crossovers to keep things interesting.

Since, we’ve seen countless battle royale titles release to varying degrees of success. Realm Royale brought classes and unique abilities to the table, the now-defunct Radical Heights played into a zany ’80s game show vibe and had a neat banking system to stand out from the crowd, and Cuisine Royale, well, that just has food and cooking utensils as the predominant defining feature. Because food sells, apparently!

And then we get to Blackout. Diving down and landing onto the map for the first time, there’s an immediately noticeable change in the way Blackout feels compared to your standard fast-paced CoD multiplayer action. It’s slower. Not massively, but enough to be noticeable and it kind of feels clunky right now in the beta. That’s disappointing, considering Call of Duty has always, at least in my opinion, been at the pinnacle of nailing the ‘feel’ of first-person shooters. Alas, I quickly got used to it and began searching for weapons.

As I grabbed weapons, med kits, armor, and backpacks, I couldn’t help but shake a sense of familiarity as I gunned down the first enemy that came into my sights. Blackout looks beautiful, especially running on the PS4 Pro, but none of the defining features it was trying to sell me on in its trailer felt prominent enough to make this feel like a unique battle royale experience.

Part of that problem likely comes down to the mismatch in map size and number of players in each game. Currently, a game holds 80 players, and Blackout’s map is the largest in Call of Duty history with many of its named locations referring to maps from past entries in the series –a neat nod to fans, I’ll admit. In between each of these named locations, however, is a whole load of nothing. Fields, trees, the odd shack with a few bits of gear scattered on the floor. Simply put, if you’re not in a named location, Blackout’s map feels kinda dull and uninteresting.

That issue is compounded by the smaller player count in each game. With many landing at named locations, it’s incredibly easy to spend a good five or 10 minutes running towards the circle or to another nearby location without seeing a single person. Had the map been shrunk down just a fraction, I can’t help but feel encounters with other players would have been that little bit more frequent, and perhaps made its lush fields and open space more populated.

Even outside of this, it feels as though Treyarch hasn’t gone the whole hog with Blackout just yet. Sure, zombies are included in the game, but they only spawn in certain named locations and infinite amounts, so once they’re gone, that’s it. Some locations even contain little Easter Eggs that featured in their original Zombies map renditions. Neat the first time you do them, but not something that’s going to keep you coming back to Blackout.

The developer even crammed in the series’ well-known Perks system into Blackout as limited-time buffs you can pick up and consume as you go. They certainly give you an edge, but the need to have to dive into your inventory or bring up the quick inventory to use makes them a nuisance to use in the middle of combat… when you’re most likely going to want to use them.

After a good amount of time spent checking out Blackout, I was left wondering why zombies weren’t plaguing quieter sections of the map, respawning and offering some sort of risk/reward element to the gameplay. Why Mystery Boxes –which I actually think are a stellar example of how to make Blackout feel like a Call of Duty BR experience– weren’t more frequently dotted around the map or even used as a ‘chest’ of sorts. And where are the killstreaks? Whether their absence is due to balancing concerns remains to be seen, but surely that’s a prominent part of the Call of Duty experience that really should be implemented into Black Ops 4’s flagship mode?

As it stands, Blackout doesn’t feel like its leaning into its strengths enough to give it a unique selling point and differentiate itself from the rest of the battle royale crowd. It’s not offering enough to drag those already invested in Fortnite’s vibrantly colored world away from its plethora of skins, weekly challenges, events, ever-changing map, and expanding roster of limited time modes. That’s probably not what Treyarch’s aiming for, though. This is a military shooter, and so the fairer comparison to make would be to the OG battle royale experience itself, PUBG.

While I’m certainly unimpressed with Blackout on the whole, it’s still plenty of cause for concern for the folks over at PUBG Corp. This is a military battle royale title that feels tighter (even if it is more sluggish than its standard multiplayer), and considerably more polished than PUBG. And depending on how Treyarch intends to evolve and improve Blackout over time, the stuttering PUBG could fall far behind. Particularly when you keep in mind Battlefield V’s joining the battle royale party later this year, too.

Looking at Blackout in its current beta form, there’s certainly plenty of potential for a great, lasting battle royale experience, if only it distinguished itself by leaning on the franchise it’s a part of more. However, its generic military gameplay certainly feels like a more polished and refined version of PUBG. Considering the Xbox One version of Bluehole’s title still runs pretty horrendously on an original 500GB model and hasn’t even shown up on PS4 yet, Blackout might be going for PUBG’s jugular.