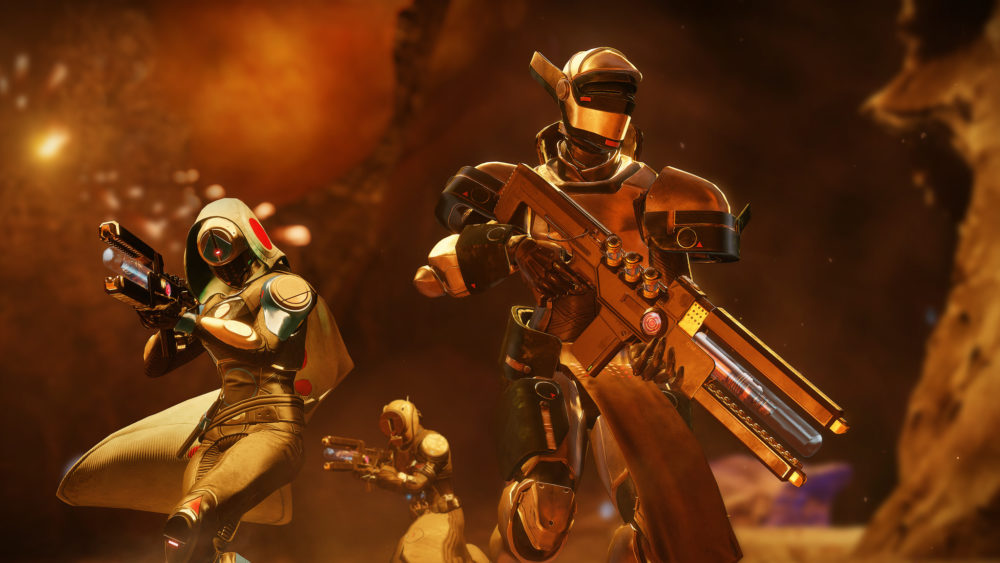 Recently, Bungie revealed their plans to rework Masterwork Cores, and exotic drop rates; two complaints that have been frequently voiced since Forsaken launched a few weeks ago and drastically improved the Destiny 2 experience.

While not everyone feels strongly about the need to change anything, there are clearly enough people vocalizing discontent that Bungie has felt the need to respond.

The plan, as of now, is to increase the sources of Masterwork Cores, in addition to just renaming them entirely. For exotic equipment, the goal is to make it so you have a better chance to receive exotics you don’t already have.

On paper, both of these solutions sound reasonable. But, it’s important to remember that the changes to cores and exotics initially were put in place for a reason.

The idea of making infusion more difficult, and gear in general more meaningful (especially exotics) was clearly something important to Bungie.

Prior to Forsaken, infusion was a formality. Players were so flush with Legendary Shards that you were very easily able to infuse whatever you wanted, whenever you wanted. Most people likely didn’t have a problem with that, however, the goal that Bungie had of making gear choice more stressful by making infusion costlier in Forsaken did work.

Since Destiny 2: Forsaken launched, I have definitely had to make some tough choices about what to bring up, and experimented with weapons I would have normally never tried out.

The same is true for the exotic drop rate. While yes, we all say we want exotics to drop more frequently, but it was excessive before Forsaken. That coupled with the fact that a lot of the exotics pre-sandbox changes weren’t even that exciting basically sucked the joy out from exotic drops. This was a major problem in Destiny 2’s first year, and it was necessary that Bungie fixed it.

Let’s not mess all this up just because it’s a little out of whack right now.

Although my review of Destiny 2: Forsaken was mostly glowing, one of my problems with it was the economy, specifically Masterwork Cores. Though I can understand the issues people have with exotic drop rates, too.

I really hope that Bungie doesn’t do a full 180 and make infusion, masterwork equipment, and exotics all worthless again by making them too accessible. Players getting everything they want so easily is how vanilla Destiny 2 got to the point where it needed Forsaken rescue it to begin with.

Based on how Bungie has chosen to word their proposed changes, I’m feeling pretty OK right now about it, but it’s still always good to remain cautiously optimistic at best with Bungie when it comes to addressing fan feedback in the right way.

It’s perfectly fine that Masterwork Cores are rare and hard to get. What players need is not to just be handed more of them, but just to have more varied ways to grind for them. Because right now, it’s all about stopping by Spider’s house once per day, and then praying for a lucky dismantle.

The perfect solution would be to add Masterwork Cores to the loot pool for Vanguard Strikes and Blind Well. It doesn’t have to be high rate, but at least if we’re looking for something to do late at night after completing everything else, those two activities can feel a bit more worthwhile.

Blind Well especially feels extremely underwhelming reward wise after running through all the tiers and completing the weekly bounty; and Vanguard Strikes have never really been worth grinding in Destiny 2 outside of challenges.

As far as exotics go, the drop rate should remain exactly the same in order to preserve their prestige. That said, there probably isn’t anyone that will complain about reducing the repeats at least. There’s nothing more gut punching than seeing that gold text, and then realizing you got something you already had.

Bungie so far is batting almost .1000 with Forsaken. There hasn’t been too much to complain about. If they can resolve these small scale issues like the above two, and Sleeper Simulant in Gambit, gracefully, the Destiny 2: Forsaken era could have a very bright future ahead of it.