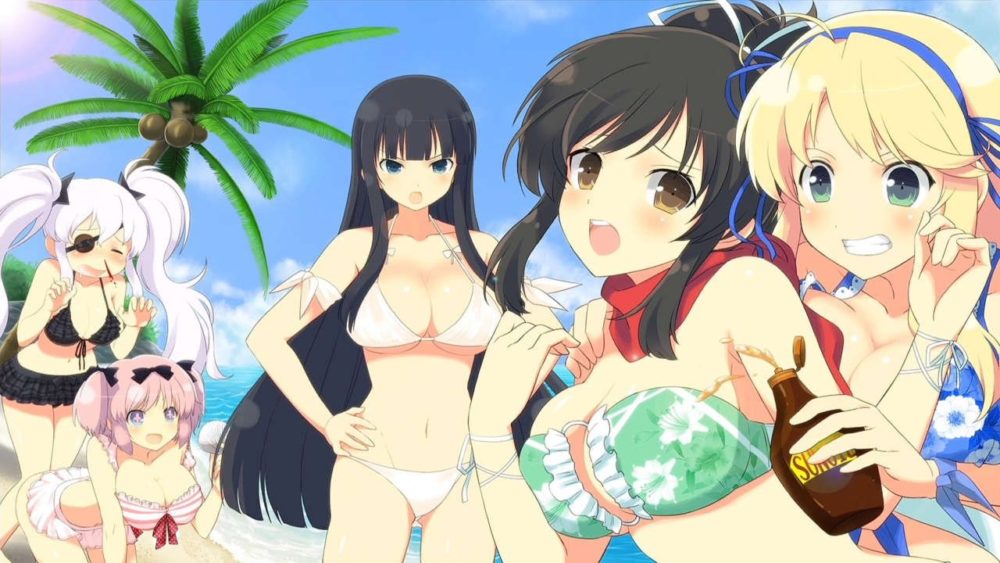 If you’re a Japanese gaming fan, there’s no doubt you’ve heard of Senran Kagura, the popular franchise from Marvelous that focuses on a large cast of female ninjas. It’s amassed an impressive amount of sales, with its video game sector attaining over 1.65 million copies sold. Much of its appeal lies within the fact that it features what many would consider lewd and risqué content, and hilarious scenes that appeal to its adult audience.

But you might be mistaken that it’s only popular because it features only a selection of women in scantily-clad clothing. That’s where you’d be wrong. It’s also been working hard to appeal to a wide variety of gamers in a very sneaky way.

You see, as it stands, there’s essentially a Senran Kagura game out there right now for virtually all audiences. Never content to mire itself in one particular genre, the adult-oriented game series is ever-changing, and most don’t even realize it. The first game, Senran Kagura: Shojo-tachi no Shinei and is sequel Senran Kagura Burst, were side-scrollers with beat-’em-up elements, and so was its successor Senran Kagura 2: Deep Crimson. But from there, the series took off in a variety of wild directions, exploring multiple different genres. For instance, Senran Kagura: New Wave was the next to arrive, hitting Android and iOS devices for Japanese audiences only.

One of the greatest departures from the supposed formula of brawlers set out in the beginning was Senran Kagura Bon Appétit!, which was a rhythm-based cooking game of all things, and a PlayStation Vita exclusive. It doffed the physical competitions of the previous games and pit the ninja girl clans against each other in extravagant cooking showdowns that still very much included the lewd scenes users had come to know and expect, while diversifying the series portfolio even further. It was a welcome change in direction for longtime players, and marked the beginning of many more experimental games for the series from Marvelous.

Aside from the PlayStation 4’s Senran Kagura: Fstival Versus, which went back to the series’ roots with plenty of enemies to destroy in an action-packed series of fights, the rest of the games have each featured a different and unique overarching theme meant to ape some of gaming’s greats. For example, Senran Kagura: Peach Beach Splash channels the best of Splatoon, while the upcoming Senran Kagura: Peach Ball takes the girls in a new and interesting direction: pinball!

With so many different flavors of favorite characters from the same series, it’s not hard to see why these games are so popular and beloved by their hardcore fans. It goes a long way to appeal to just about every subset of the video game industry, and at this rate, I wouldn’t be surprised if we saw something like a Senran Kagura battle royale sometime in the future, just to ensure every possible base is covered.

In this, the series is able to remain relevant and grow along with market trends while always offering something different and interesting for longtime fans to sink their teeth into. Before you even realize what’s happening, you’re absolutely hooked, wondering what crazy stunt the girls are going to attempt next. That’s the magic of the silliness, the sexuality, and the versatility of Senran Kagura. If you haven’t yet given it a fair shake, you’re missing out on some creative game ideas wrapped in fun adult humor. Just try not to crack a smile going from a challenging beat-’em-up to a beachy Splatoon-like blast.