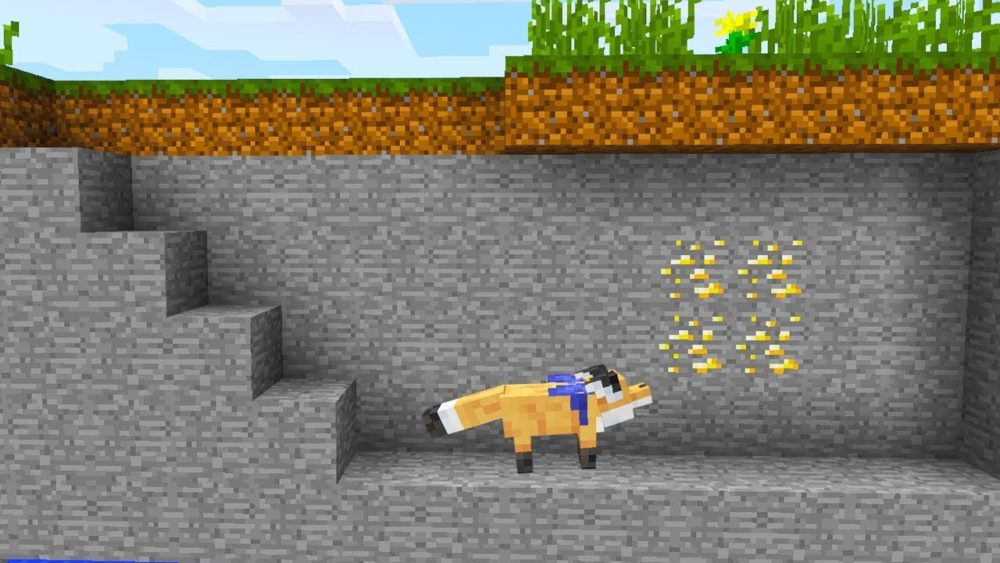 Have you ever dreamed of living in the era of dinosaurs?

…If so, why, exactly? It was a pretty terrifying time to be around, with almost everything you encounter showing a keen desire to gobble you up in a single bite. Plus, they don’t even have Sega! They’re such troglodytes.

All this notwithstanding, if you’re feeling game, you might be keen on this mod that brings velociraptors, plesiosauruses and even the venerable monolophosaurus into your Minecraft world. Not too sure what that last one is, but from the name, we assume there’s only one of it.

Odds are, if you offer people the chance to take flight, it’ll probably be good. It’s been proven time and time again that whizzing through the sky is fun in any medium (except perhaps interpretive dance), so a Minecraft mod that delivers on that front is bound to be a winner.

Choose between a magic carpet or a flying broomstick as your preferred mode of transportation, and hover over your grounded foes like the boss you are. Surely straddling a broomstick for long periods at a time is incredibly uncomfortable, but that’ll be a problem for another day.

What does the fox say? Depends on the context, to be honest. Sometimes they bark, sometimes they cackle into the night, and sometimes they even wail like James Brown at the beginning of I Feel Good. True story.

But what the fox does is probably more important. And in the case of these adorable little bundles of fuzz, they’ll track down ore for you when you’re out on an expedition. Sniff, sniff, sniff… It’s just too cute for words. Try not to hit it with your pickaxe, you brutish lout.

July seemed to have been the month of snappy titles. No, Hooked doesn’t bring recreational drugs into your game (there’s another mod for that, but that’s neither here nor there), but instead gives you a grappling hook to play around with. Which is also good fun, and potentially illegal in most states.

Its simple, intuitive design makes it feel like second nature, and after a little bit of playing around, you’ll look like a particularly polygonal ninja. Maybe you can even snag one of those smartasses on the flying carpets?

Large, procedurally generated dungeons for you to explore. Player classes to make each session feel different and unique. A levelling and XP system that boosts your stats as you progress. Custom monsters and complex bosses. Exclusive weapons and armor to be looted.

…No, I don’t have anything particularly witty to add. This mod is just straight up awesome, and should be played by everyone. Your nana included. In fact, especially your nana.

A common ability in FPS games, this mod will let you peer around like one of the trains from Thomas the Tank Engine. Normally, you’d have to turn your entire body in order to scope out what’s lurking nearby, but no mas! Now you’ll be able to spot that bogey before they turn you into a Jill sandwich.

In third-person mode, you can even get a full 360 degree view! This unfortunately doesn’t apply to when you’re viewing things through your character’s eyes, most likely because that would be a rather disturbing sight for all of the other players, and really bad for your neck, to boot.

There’s no shame in being a crappy architect, but it sure as hell hurts in the world of Minecraft. While people around you are constructing multilevel cathedrals that span several miles in length, you’re huddled for warmth in a pitiful shack that would make Eeyore’s house look like a mansion.

But with this mod, you’ll be building like a pro in no time. Walls, stairs and columns banged up in the blink of an eye! Maybe just do it in an isolated corner of the world, so people won’t call you out for cutting corners. Or just build a wall on top of them. That’ll teach them a lesson.

Adding over 80 new small and medium structures to your game, this is the ultimate mod for those who like to tinker. What is your desire, sir/madam/small child? Desert temples? Camps? Wells? Totems? Desert palms? I’m vaguely tempted to just list every single item in the ultimate display of journalistic absurdity, but I’ll resist that urge for now.

Life is tough for a zombie, you know. That’s why most of them don’t have one! …Pause for laughter.

Still waiting for that laughter.

Nothing? Fine then. It’s an unfortunate byproduct of being a hideous undead ghoul that you will combust upon daybreak. Not only does it play havoc on your tan, but golly does it hurt. With this mod, the mobs will be able to galavant about in the daytime hours without a care in the world. It would be an inspiring sight to see, if only you weren’t fleeing in terror.

We like to end these lists on a bang, and there’s two surefire ways of doing that. Either by finishing up with a mod that renders your Minecraft sessions absolutely brutal, or by throwing the laptop on the floor. The former is typically the less costly option.

As an update to an earlier mod, Dungeon Mobs Reborn brings as many threats to the table as you could possibly imagine. Your daily routine, now interrupted by hordes of eldritch horrors with newfound abilities and intelligence. You have two options: fight, or flee. Either way, they would like to introduce you to the hidden third alternative, and that is a swift death. Choose wisely!

Best New Stardew Valley Mods of January 2021
Among Us: How to Download Jester Mod
Best Sims 4 Cats & Dogs Mods For Your Pets (2021)