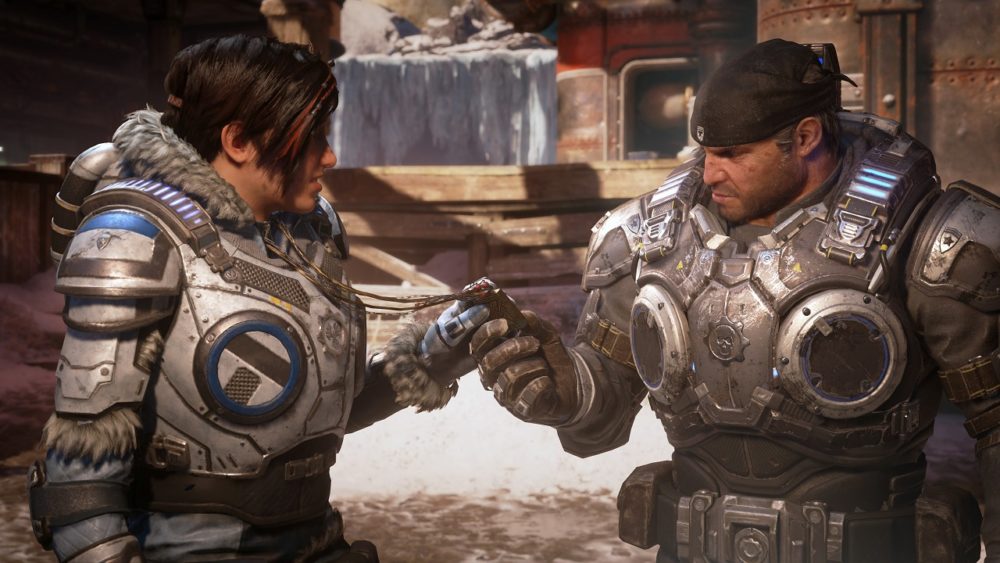 E3 2018 is a big year in a few different ways, particularly for the big companies like Sony, Microsoft, and Nintendo. Each company needed to come out with a big show and keep their momentum rolling. In Microsoft’s case, they really needed to build that momentum from scratch, as the company came into E3 feeling a bit behind the crowd. While the Xbox press conference was certainly impressive, there are a few underlying issues that have plagued Microsoft in recent years and, sadly, still do.

Right from the get-go, Microsoft made it abundantly clear just how many games were going to be shown. A slide popped up on-screen as Phil Spencer took to the stage; 50 games, 18 world premieres, 15 exclusives. Impressive numbers to be sure, and there were countless big announcements trotted out; Sekiro: Shadows Die Twice, Shadow of the Tomb Raider, Just Cause 4, Dying Light 2, The Division 2, Metro Exodus, Kingdom Hearts III, and Cyberpunk 2077. If you noticed, those are all third-party games, and that’s for a reason. By and large, most of the high-profile games shown during the conference were third-party, with a few notable exceptions.

Halo: Infinite was the first notable announcement from Microsoft, but it came with a caveat. The trailer shown was actually for the new engine used for Halo, and it’s not an actual game, a detail that came out after the fact. This means we won’t be seeing anything from Halo: Infinite for quite a while, a sentiment that applies to almost everything else Microsoft saw. The announcement of Gears 5 came later with a surprisingly emotional trailer, and yet, we also didn’t get any kind of release window. Then came the announcement of Battletoads which, again, we won’t see until next year. Finally, Forza Horizon 4 was announced, with a release date of 2018.

These announcements highlight two awkward truths that Microsoft faced once again this year. They fell back on their iconic three franchises, Halo, Gears, and Forza, not announcing any other major titles. At the same time, with the exception of Forza, all of their announcements are still a ways off. A lack of another big series like Fable, or a brand new IP at this show, highlights Microsoft’s overreliance on what they know.

This was emphasized even more by Microsoft’s new studio acquisitions of Undead Labs, Playground Games, Compulsion Games, and Ninja Theory. Most of these acquisitions are simply bringing developers that typically develop Xbox games into the fold. Ninja Theory is by far the most interesting purchase and holds some serious potential for Microsoft, but it’s still not on the same level as a huge third-party developer. The most exciting news from that segment may have been the founding of The Initiative, a brand new internal studio for Microsoft creating new experiences. This announcement would have been all the more impactful, however, if they could have even shown a teaser concept trailer of what the studio is working on. Once again, it’s an announcement that won’t come to fruition for quite a while.

No doubt, this all sounds fairly negative, but Microsoft’s showing is far from doom and gloom. They did come out with an impressive showing and some serious third-party support. The biggest problem is that Microsoft just couldn’t shake some of the problems that have plagued them for years, and they still didn’t provide a compelling reason for anyone to pick up an Xbox One right now. Outside of Forza Horizon 4, we don’t really know what else is coming to the Xbox this year. Crackdown 3 was delayed, and the other big exclusive games weren’t given any kind of date.

The simple truth is that Microsoft’s conference was a lot of flash, with not a lot of substance, at least in the way of first-party. Even announcing one new IP, or fleshing out a Fall release schedule would have helped. When you look at the other side, Sony has a brand new exclusive releasing with Spider-Man, as well as the smaller title Concrete Genie, and Nintendo has Smash Bros., Pokemon Let’s Go, and Yoshi. While Microsoft did have a big, flashy, hype-filled show, there just wasn’t enough concrete information for the company themselves. There’s even the possibility that next year’s show could end up being the same showing of Halo, Gears, and Forza, and despite all of those looking good, it’s disappointing.

This year was a step in the right direction for Microsoft, but ultimately they could have, and should have, gone farther. Hopefully, another upcoming event like Gamescom can shed a little more light on a release schedule for Microsoft. In the meantime, however, they do have some exciting titles at least announced and on the way for fans.