RimWorld’s modding community is as creative and active as ever in constantly bringing new and fun ways to play the game. Here we’ll be listing some of the best mods from last month worth checking out. As always, mad props to the creators of all these mods, You guys are killing it. 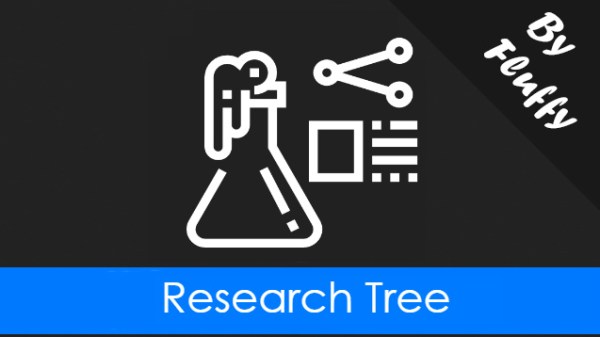 RimWorld is a game that’s big on research trees and picking out what you wanna prioritize learning and when, though someone out there thought it could use some tweaking and then they actually did something about it! This mod offers some slight tweaks to the research tree system to make it easier to sift through. Among other things, it adds search functionality, allows players to queue different research projects to be done in a certain order, and it even shows what stuff you’ll unlock whenever you do a project. 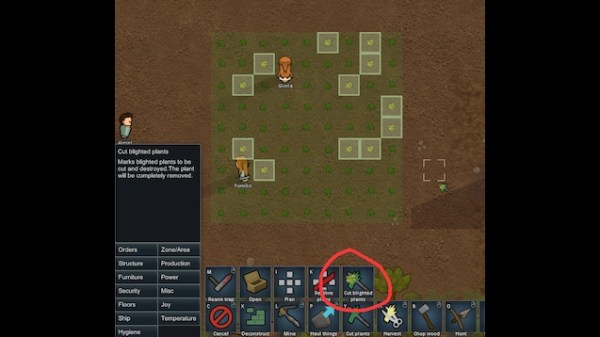 Taking the time to find and cut down each individual blighted plant can be a hassle, but with this mod you can just click a button and mark all of them for pruning in one fell swoop. Now you won’t need to slowly take your time. Just one click and boom. 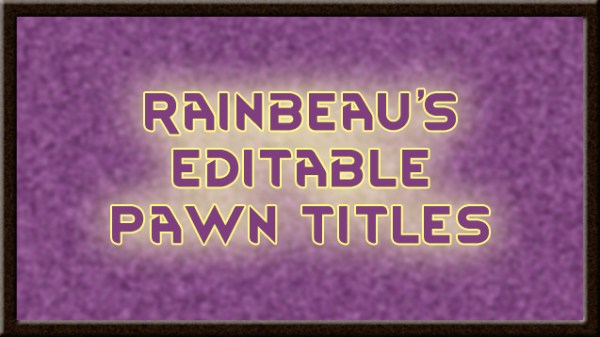 Naming stuff is a lot of fun, but unfortunately base RimWorld doesn’t really give you a chance to do that often. With the Editable Pawn Titles, however, that’s no longer an issue. Whereas before Pawns only ever had titles for what they used to do, with this mod you can change their titles and nicknames whenever you want. Your chef used to be a janitor? Change his title to reflect it. Feeling a bit silly? Give him a fun new nickname like Chef Boyardee. This mod is what you make of it.

Pick Up And Haul

In the spirit of mods that make your life easier, we have this mod right here. With the Pick Up and Haul mod your colonists will pick up whatever items they have and deliver them to a designated stockpile. No longer will you need to watch your colonists carry one pitiful thing at a time or hunt down all the items yourself. With this mod there’ll just be one big pile of loot you can gather up at your convenience. The latest RimWorld biome mod is here, now with 100% more caverns. The Cavern Biome mod would, as you may have guessed, give you a cavern biome to explore. In addition to some new textures, the developers of this particular mod have added in some new animals and plants into the mix. Check the mod page for the full list, but some of what you can expect includes Pillbugs, Giant Snails, and Vampire Bats. Happy digging!

Where is rich soil? (Revived) This particular mod is very simple. All it does is turn the shade of rich soil a little darker so it’s easier to find. Is this the most mind blowing mod in existence? No, but spotting rich soil can be a serious chore otherwise and with this mod it’s one more annoying thing you don’t have to worry about. 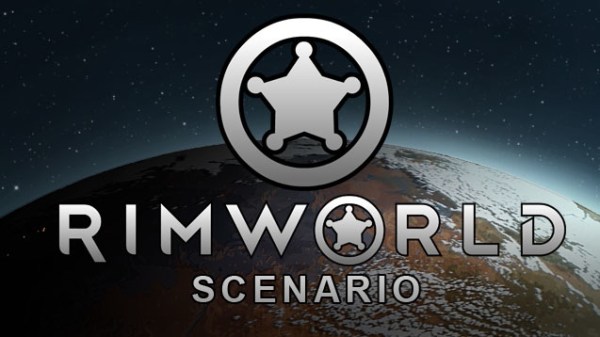 Now we’re getting to the fun stuff. With The Big 3 mod you start with three characters all of RimWorld’s multipliers are cranked way the heck up. Food grows faster, characters learn faster, they mine faster, everything is amped up to insane degrees. Now, this mod is intended for some of the hardest difficulties, but another fun use for it is if you just wanna have the most game-breakingly easy run of RimWorld ever. Ever play RimWorld and go “Man, I wish this was more like DOOM”? Well, that’s pretty specific, but there is indeed a mod for that. With The DOOM Kit, players will gain access to Doom Guy’s Praetor suit as well as RimWorld versions of all the iconic DOOM weapons. Chainsaws, Guns, and even the BFG are all  here and accounted for; and yes, the BFG is still just as satisfying here. This mod separates the men from the boys. As the “No Research” part of this mod’s title might suggest, this allows players to start a scenario in which they have no research at all. You’re stuck with Stone Age technology the whole way through and are fighting the mother of losing battles. It’s a brutal mod that will require a lot of skill and luck, but for the hardcore players it’s definitely worth checking out.

Lastly, there’s a couple of good mods that came out in January with scenarios that really emphasize playing the game with only one character at your disposal. The two mods are very similar with only a few key differences, but what it ultimately boils down to is different flavors of how you’d like to roleplay your scenario.