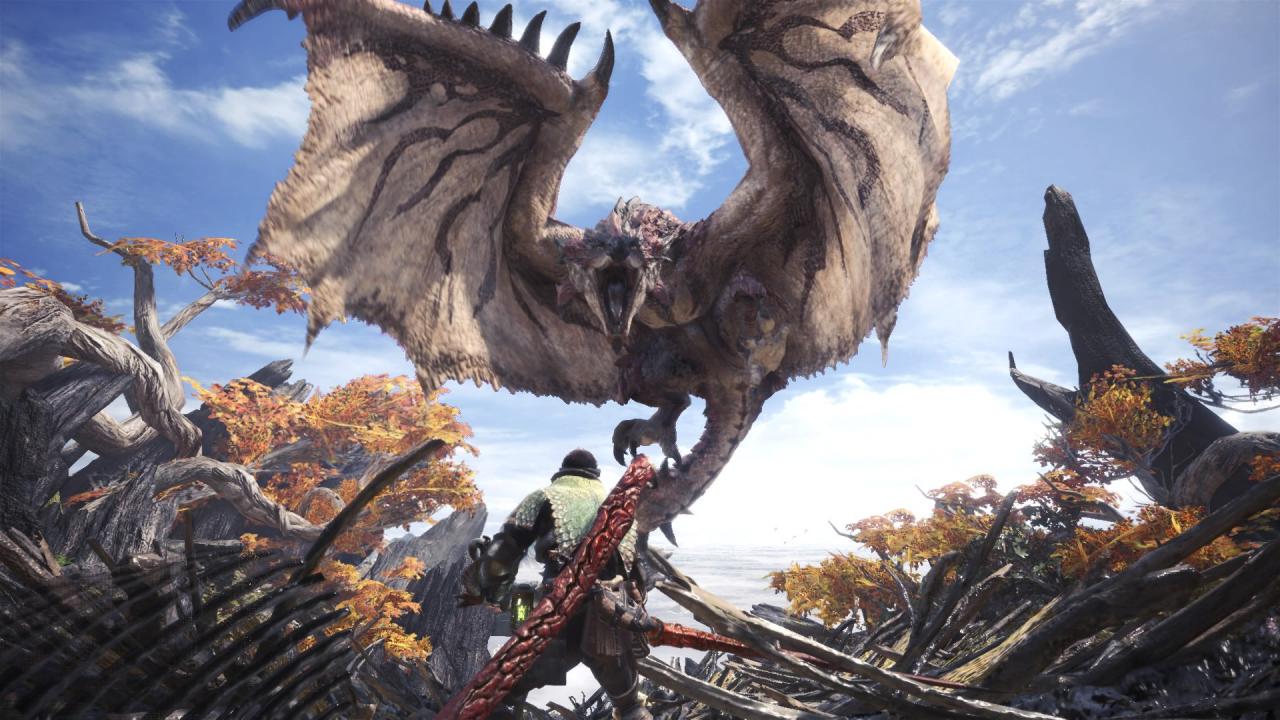 How to Get the Plunderblade in Monster Hunter World

For starters, you’ll need to have progressed past the 14th assigned quest in the main story, Into the Bowels of the Vale, in order to gain access to the lower levels of said area. Once you’ve traveled here, head to Lynian Researcher in area 13 of your map. If he’s not there, don’t worry. You can try finding him in other random areas of the New World or try fulfilling some requests on behalf of the Commission Researchers and the local tribes.

It’s worth noting that once the Lynian Researcher does appear, you should have some pieces of raw meat on your person. Talk to the man and wander off for a bit until a Odogaron drags a Legiana corpse down to this area. Return here to find a Plunderer Grimalkyne confronting the Lynian Researcher. The monster should run off once you arrive and when it does, check your map to discover a new icon in area 15. Don’t worry, you’ve almost got the Plunderblade in Monster Hunter World.

Go to this place and spot the Grimalkyne running away again. Your Palico will comment about how it thinks the monster looks hungry, so leave a chunk of meat on the ground in the middle of the room to entice the beast to come back along with a couple of friends. Waiting by the mouth of the tunnel you came from should be a safe distance for the creatures to show up.

When you approach the Grimalkyne as it’s feeding, it won’t run away from you. In fact, it’ll thank you by giving you and your Palico that coveted Plunderblade you’re after. Rejoice, as your life in Monster Hunter World just got a whole lot easier.

Question: How do you get the Plunderblade in Monster Hunter World?