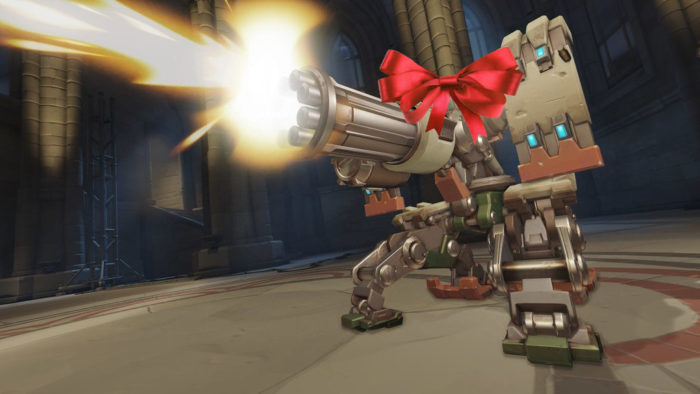 Blizzard is giving away two victory poses for Overwatch players on all platforms in January due to a marketing mistake.

“We recently created a couple of victory poses for Bastion and Sombra that weren’t originally intended for use in our Winter Wonderland 2017 event,” wrote Overwatch community manager Josh Engen in a Battle.net forum post. “However, they ended up being used in a number of marketing assets, which was understandably confusing for some of our players who saw the poses but were unable to collect them.”

As a result, the Bastion and Sombra “Toast” victory poses will be unlocked to all players the next time they log in after the Winter Wonderland event ends in January. The free unlock does not require logging in during the event or purchasing Winter Loot Boxes.

Overwatch’s Winter Wonderland event is still ongoing, and ends on Jan. 1. Blizzard is also gifting five loot boxes for free to all players who log in currently until the event ends.