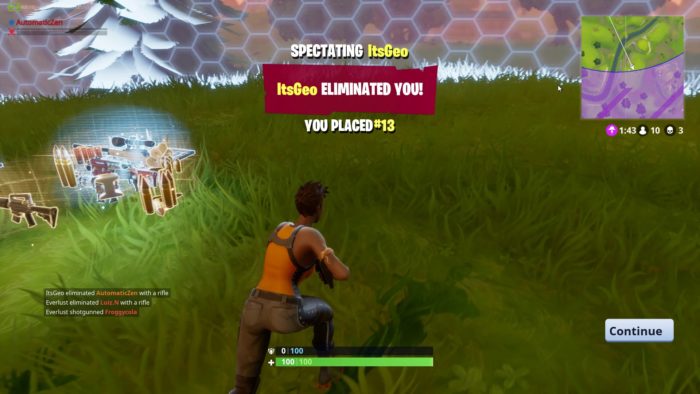 Fortnite: Battle Royale’s new High Explosives event is going live tonight for a limited time. While you can still play the same game you’re used to, with 100 vs. 1, you’ll have to play exclusively with grenade launchers, grenades, and rocket launchers. You could say you’ll have a blast, but that’s the super easy joke here.

The 50 vs. 50 mode will be going away in lieu of the new High Explosives mode, but it’s possible that it could make its way back in the future, if Epic Games indeed wills it to be. High Explosives mode sounds like a particularly hilarious time though, especially when you factor in fort-building and everything it entails — explosives and bombs are important during those parts of the game, and they can make or break teams entirely.

If that’s not your cup of tea so much, however, the event will last until Jan. 2 after it begins later today, and then things will go back to normal. It’s certainly refreshing to see Epic Games giving love to Fortnite in the wake of PUBG’s achievements, and hopefully there are several more events coming down the pipeline in the future for what’s a deserving, colorful and fun multiplayer title.