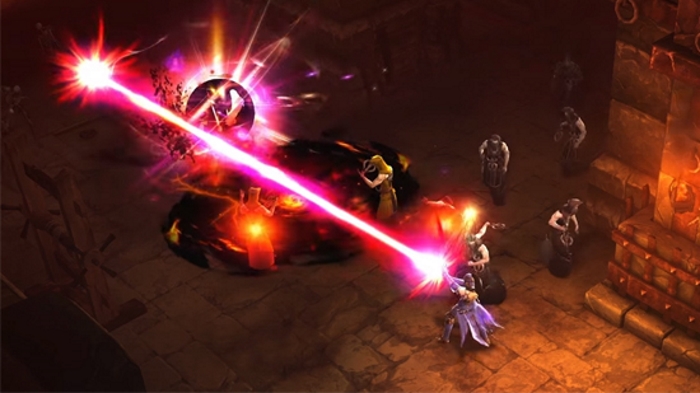 The Darkening of Tristram event, Diablo III’s recreation of the first Diablo game, is coming back to Diablo III on Jan. 1, Blizzard Entertainment announced today.

The limited-time event originally began at the beginning of 2017 to celebrate the 20th anniversary of Diablo by recreating the first game in Diablo III. It included all 16 maps, four bosses, and the “RetroVision” filter that made the graphics more grainy and pixelated like the 1996 game.

“Your journey begins on the trail of a group of mysterious cultists causing trouble in Sanctuary,” Blizzard wrote. “As you hunt them down in Adventure Mode, you’ll uncover clues leading to a portal into Tristram’s past, and the terrifying darkness that took hold of the town so many years ago. . . .”

Additionally, players can earn items exclusive to the event such as “unique transmogrification effects, achievements, portraits, pets, and more.” The Darkening of Tristram begins on Jan. 1, 2018 at 3 a.m. ET until Jan. 30 for PC, Mac, Xbox One, and PlayStation 4 versions.