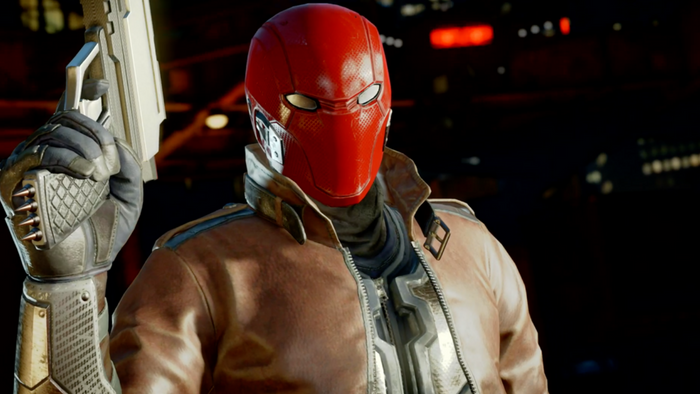 Injustice 2 already has an impressive roster, but it’s adding three additional characters to its lineup with the introduction of Fighter Pack 1, which contains Starfire, Sub-Zero, and Red Hood. Having Jason Todd himself on your side is a boon for sure, but is it worth the extra $5.99 you’ll have to spend to bring him on board? Let’s examine everything you get by adding Red Hood to your collection of fighters in Injustice 2.

Red Hood is a powerful mid-range fighter that feels like a cross between playing as vanilla Robin and Deadshot. He’s armed to the teeth with weapons like throwing stars and mines that you’ll absolutely need to make use of if you have any hope of coming out on top. Using his mines is absolutely integral if you want to keep your opponents at a distance, especially as they’re very difficult to keep away from. With this in mind, he’s an excellent choice for zoning, so if you tend to rely on forcing the other combatant to stay at mid-range, Red Hood is infinitely useful for this.

Hood has some punishing combos if you can put them together at the right time, namely Death in the Family and Extreme Measures, both simple moves to pull off that require few button presses. Unfortunately, his super move isn’t as simple to pull off if you have too much space between you and your opponent. It’s not as easy to land like Harley Quinn’s or even the Joker’s, and you’ll need to use it to interrupt attacks or while your unfortunate sparring partner is getting up from an attack (or one of the mines you’ve so expertly dropped.)

It’s important to keep in mind, however, that if you’re not one to rely on gadgetry or additional items then you may find playing as Red Hood frustrating or not to your liking. If you have the patience to plan out move strings and don’t mind learning the proper combos to weave into dropping mines, and aren’t turned off by more complex movesets, you’ll feel right at home with Red Hood.

The real question, of course, is if Red Hood himself as a standalone character is worth the $5.99. If your play style doesn’t consist of frantically mashing buttons and you tend to lean toward a more calculated set of movements, you’ll find Jason a veritable powerhouse. If you like lighter, flightier characters that use a flurry of melee attacks or gimmickry like flight and flashier super moves, you might be better served holding off.

It’s worth keeping in mind that Red Hood is available in Fighter Pack 1 alongside Starfire and Sub-Zero as mentioned earlier for $19.99. If you purchased the Ultimate Pack, you’ll obviously get all of the additional downloadable characters as well. If you’re not into waiting (or don’t care about Starfire or Sub-Zero) then Red Hood is a perfectly reasonable fighter to drop a few bucks on, especially since there isn’t another fighter that quite feels like he does. Plus, you’ve gotta hand it to him — he’s a whole lot cooler than Robin or Deadshot in-game, after all.