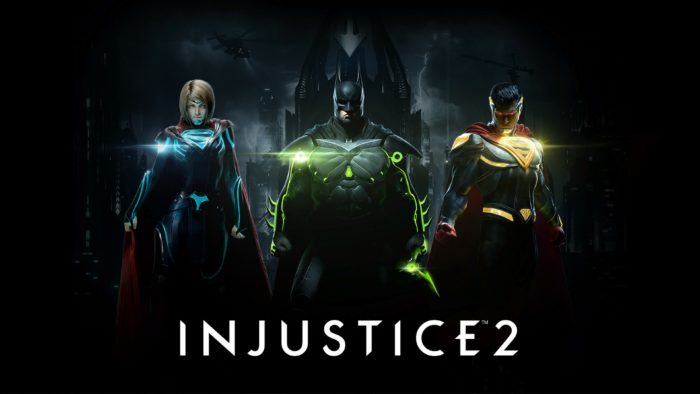 Watching the Joker beat the ever-loving crap out of the Flash with a crowbar and some toxic gas sent mix feelings through me when Injustice: Gods Among Us released back in 2013. Seeing my favorite villain shine with his pure violent nature kept so well intact was thrilling, yet I couldn’t help feel like it was a skin trying really hard to cover up that it was an experimental clone of the beloved Mortal Kombat series. Sort of like when Joker stapled his own face back on that one time, but something about it just always seemed off even though it was entertaining. Yet, when Injustice 2 was first revealed I couldn’t help but feel intrigued. NetherRealm had adopted a lot of new systems for its two most recent fighters, Mortal Kombat X and the first Injustice, so seeing the next evolution of everything they learned had me hopeful that this latest iteration would finally break out of its inspiration’s confines. To my pleasant surprise, it did.

Injustice 2 picks up a few years after the events of its predecessor. After Superman turned to a more permanent solution with the Joker, a Regime was formed by some of Earth’s strongest defenders. Wonder Woman, Superman, Cyborg, Green Lantern, The Flash, and even old villains became part of a new world order that sought to crush crime before it could even be carried out. If that required the death of perpetrators, there was nobody against it within the new team. Krypton’s last son, who was once a shining symbol of hope for all humanity, became a shadow cast over the world of heroes and led to the disbanding of the Justice League. There was one hero who couldn’t let things continue as they were, though, the Batman. And so, Injustice 2 opens with the Dark Knight working to restore order to the world he vowed to defend without breaking its one rule. 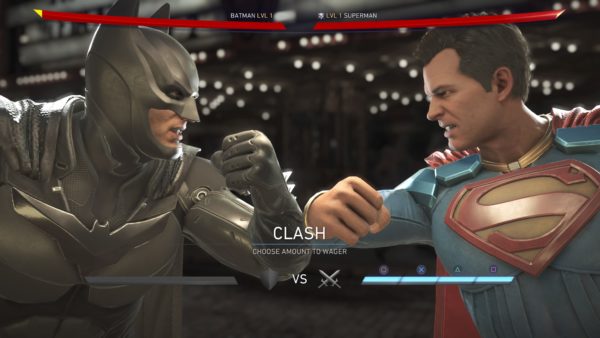 The foundation laid by Injustice 2’s narrative is dark but offers options which honestly provided one of the more enjoyable plots I’ve played in 2017 thus far. That’s not the type of praise that’s normally ascribed to a fighting game, but credit must be given where credit is due. While many titles are content with providing a gauntlet of increasingly difficult competitors laced with a bit of dialogue in between, NetherRealm brought that same magic we witnessed in their last two projects and doubled down. The result is a branching story line that follows heroes through multiple chapters and locales as they fight for what they truly believe in. You can choose how certain chapters play out, picking who fights to gather more insight into the current affairs, and even altering how the entire story plays out. Each path offers a distinct view of the mind of a hero, showing the struggle of doing what’s right in a world full of so many wrongs.

It’s a deep, involving story that serves as a jumping point for what proves to be even deeper and more involving gameplay. One of my gripes with Injustice 2’s predecessor was that, to me at least, it felt very stiff and the balance was not as tight as fighting fans would appreciate. Characters were unique, which was certainly appreciated, but it was very clear who was good and who was bad. There was a reason you saw so many Supermans when playing online, and it was a memory that left me worried while jumping into this highly anticipated sequel. Thankfully, the game that greeted me was not just a successor, but an evolution as well. Just about anything I could’ve held against Injustice: Gods Among Us was gone, leaving me with a fighting game that offered tons of viable options and satisfying, fluid combat.

Like the first game, combatants in Injustice 2 are broken up into general groups. You have your large, strong characters like Atrocitus (who comes complete with murderous kitty, Dexx-Star), medium, more technical fighters like Batman, and insanely quick warriors like Cheetah. Helping to balance out the triangle of types are sort of hybrid characters which blend any two of the proficiencies without breaking the game. What helps balance all of the types, though, are stats. Each fighter has four stats: strength, ability, defense, and HP. They offer up a clear, numerical representation of the balances when comparing characters. For instance, Atrocitus, one of the physically strongest characters in the game, has a base strength of 1290, making a punch from him feel like being hit by a fire truck. To balance that out, though, he has lower defense than most smaller characters, which allows quicker, weaker fighters to find a path to victory.

More impressive is that those stats aren’t exactly set in stone. While you can’t completely change a fighter’s type, you can tailor them to be more useful in certain areas thanks to the newly introduced gear system. Every single character in the game can be leveled up (which increased their base stats) and equipped with new pieces of gear and abilities. While the various armor pieces and weapons change the outward appearance of your favorite heroes and villains, adding an insane amount of aesthetic customization, they also add specific stat boosts, can include various buffs and perks, and some even change how specific attacks act in battle. It’s a full RPG system that adds variety to the already impressive roster of 28 fighters. 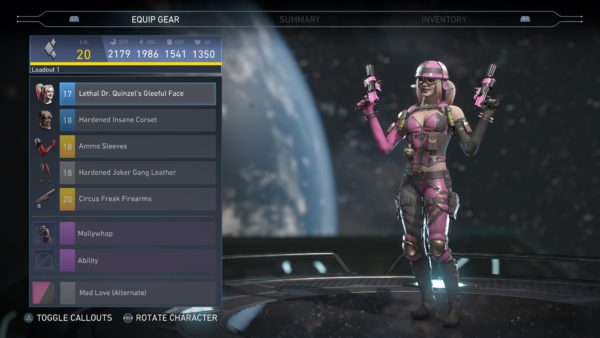 The amount of focus placed on fighter development definitely helps Injustice 2 stand out in a sea of fighting games all vying for that number one spot. What amazes me is that the developers were able to pack in even more content on top of the story and deep fighting systems. In a day and age where many titles are content with offering up the bare minimum experience, NetherRealm made sure there’s a lot to do for both solo and multiplayer aficionados.

Outside of Injustice 2’s story and various tutorials are Guilds and the Multiverse. For those who don’t know anything about the infinite Earths of DC comics, the Multiverse is a collection of challenges presented on different worlds that are very similar to our own. These challenges include several fight gauntlets with various modifiers and worthwhile rewards. Some will have specific rules or limit you to some fighters, while others are free-for-alls that allow you to show off your skills. Guilds are multiplayer-focused clans that don’t necessarily require fighting other humans. You can complete a separate Multiverse when part of a Guild where you and other players work towards a common goal to unlock rewards. To keep things fresh, the challenges rotate. The more difficult ones last for days at a time, while the smaller ones last only a few hours. 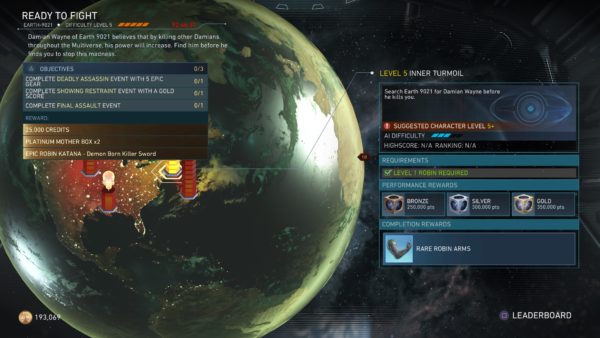 Injustice 2 has a lot going on, and most of it happens without a hitch, though there are a few minor issues that popped up during my time. On the technical side, the game runs really well when it comes to visuals and frames. I did have some issues with input, particularly at the beginning of fights. It didn’t happen all of the time, but when it did I found myself at an instant disadvantage. And it wasn’t just attacks, either. Sometimes, movement would be unresponsive for a few seconds while the AI instantly charged and started attacking. Another issue was with the balancing of certain attacks, as they would sometimes behave in very odd ways. both in my favor and against that sometimes cheapened the experience (Wonder Woman’s lasso is pretty broken at times). These are both issues that can be easily resolved with a simple patch, and neither really ruined the experience for me, but they’re certainly annoying when they do pop up.

Another slight issue is with the loot system that I love oh so much. While getting a constant stream of gear is great, seeing so many pieces for characters you’ll never use can be disheartening. You have an increased chance of getting what you want when playing as your preferred character, though that has no influence on Mother Boxes. For instance, I mained Harley Quinn through a majority of my time, yet I was constantly bombarded with gear for other fighters. Eventually, it picked up, but when you’re facing tough challenges and getting zero drops, the lack of boosts definitely take their toll on you. Still, I enjoyed the system much more than it bothered me.

All in all, Injustice 2 is one seriously impressive package. NetherRealm has never shied away from packing their fighting games with lots of content for players to sink their teeth into and this latest installment is no different. The tighter balance, freedom offered by the gear system, and the solid story make this an entertaining fighter that is so much more than just punching other powerful people in the face. It’s a unique experience that compiles all that the studio has learned from its games and gives them a voice all of their own. Injustice 2 isn’t just a less violent clone of Mortal Kombat, it sets a new bar for the developer and I can’t wait to see how it influences the future.