How to Get Jay Garrick Flash in Injustice 2

If you’re looking for an alternate version of the Flash to play as in Injustice 2 but aren’t completely sold on becoming instantly evil (and very yellow), then you do have another unlockable option. Jay Garrick, the original Flash, can be used in the game as an alternate skin for everyone’s favorite scarlet speedster. To unlock him, you’ll have to save up a bunch of your Source Crystals (6,000 to be exact) and pay for it in the customize character menu. You’ll find it under shaders in the Flash’s loadouts. You may also be lucky enough to obtain it as a reward in the Multiverse activities. 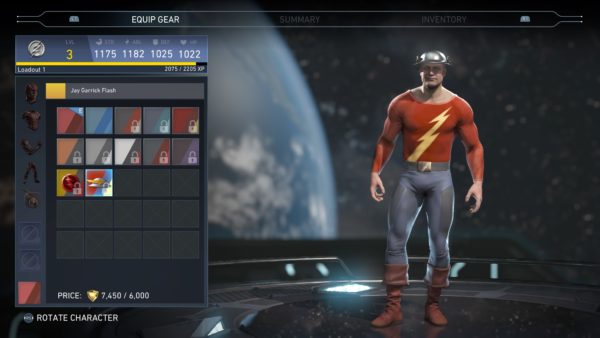 The skin grants you the vintage look of DC’s fastest hero complete with his metal helmet and vintage sweater. Other than the physical changes, there’s nothing else different about him, though. You don’t get a slew of new abilities or powers. You’ll instead use the same abilities as the regular form of this hero, only it will be the Jay Garrick Flash doing them on screen as you play Injustice 2. It’s a nice little nod to the past that was included, let’s just hope we get a few more of different versions of this hero in the future.

For more on Injustice 2, be sure to check out our wiki.