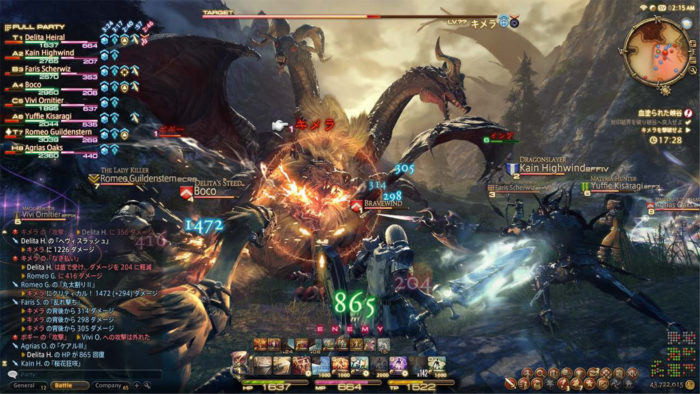 Yesterday, Final Fantasy XIV Director Naoki Yoshida conducted one of the most exciting Live Letters in quite some time. Not only did we get to see new abilities in action, but more importantly, he dropped a ton of job adjustment information that has me pumped to dive into Stormblood and it should have you hyped too.

Final Fantasy XIV is a great MMORPG, but it has its flaws for sure. We’ve gone over this before not too long ago, so we won’t dive into another rant, but consistent FFXIV players know what we’re talking about. For example, post story content, while improved under Heavensward with the addition of smaller activities such as Palace of the Dead and Aquapolis, for many players it quickly devolves into a repetitive cycle of tome stone grinding and tackling whatever the newest raid is. Patches have become quite predictable, which maybe for some isn’t a bad thing, but for me, coming from a Final Fantasy XI background, I personally like a little element of surprise and uncertainty in my MMORPGs.

However, it looks another issue with the game is definitely getting addressed though: The staleness of the current job system. Namely job diversity, repetitive skills, and balance are going to get major shots in the arm. If you missed the live letter OmgYoshiPLZ of FFXIV Reddit has done a nice job of putting together a summary of it that you can check out (heads up, there is some foul language if that bothers you). We highly suggest reading that summary, especially if you want to see how each individual job is going to change (we’re not going to be breaking every job down here) but if you’d rather not, here is an even briefer run down:

Currently, so many actions between roles are repetitive because they have to be. When I interviewed Yoshida-san a few months ago at PAX East, he echoed that sentiment when I asked him about jobs within roles functioning too similarly to each other. Dark Knight has to have a clone of the AoE enmity ability Flash because how else will they grab AoE hate? How will tanks properly trade hate without Provoke? All healers need to have some kind of status removing ability and all of them cross skill Protect because there’s no reason not to ever have it up. Between all those repetitive but crucial actions, spells that have multiple tiers, and abilities that just straight up rarely ever get used like Dragoon’s Feint, it’s no wonder hotbars have gotten unruly looking.

When Stormblood drops though, everything is going to be streamlined and in a good way. Yoshida-san and his team is cutting the crust off the sandwich, leaving what’s important and adding in new actions and attributes that should get everyone pumped to play their favorite job. And we’ll admit, when Yoshida first mentioned that he wanted to simplify statistics and gear even further than they already are, I, along with many others, was worried by that. Dumbing down a game that’s already quite accessible could have turned off a lot of hardcore fans. Thankfully though, dumbing down is not what’s happening here. Everyone is going to have the important stuff that they need to function like the updated Cleric Stance for all healers, and will be getting new more exciting toys in addition to it. It’s out with boring stuff, and in with exciting new abilities and attributes.

For example, Accuracy is one of the least “sexy” stats there are, but it is a critical one that is required to keep DPS as high as possible on high level boss fights. Now, everyone will not need to worry about hitting accuracy thresholds provided they are of a similar level to the enemy, and can instead pump up the new Direct Hit stat which raises damage and critical hit rate the higher it is and will allow for big damage spikes. What self-respecting DPS doesn’t get all tingly when they rip off a massive attack? It reminds me of my Final Fantasy XI days of getting Double Attack or Triple Attack to proc on my weapon skill attack, and making the other damage dealers feel bad about themselves.

Paladins can become the protector of the weak that many imagine them to be, while Warriors can continue to specialize as being the dream off-tank that can still take shots while also ripping off multiple filthy Fell Cleave shots with their new skills to keep DPS as high as possible. Summoners should be primarily a job centered around pets aka their summons, and it looks like based on the trailer yesterday, they will be able to temporarily summon an Egi of Bahamut which looked freaking sweet.

It’s just encouraging to see that the FFXIV teams recognizes that things have gotten a bit stale and/or cumbersome and that they want jobs to feel unique from each other, fun in their own right, and function similarly to how they have been portrayed in the Final Fantasy universe. Your hotbars should be filled with bad ass abilities that take you back to the days of games like Final Fantasy Tactics, not stuff that you use three times a year that raises an insignificant stat like Parry by a few percentage points.

Most importantly, from this point on, Yoshida-san and his team can focus on making jobs unique and fun and if they get the balance just right, adding new content unlike we’ve ever seen before that pushes teamwork and job synergy to its limits.

Are you a fan of these changes too? Or is an Accuracy-free world terrifying to you? Get the debate going down below.