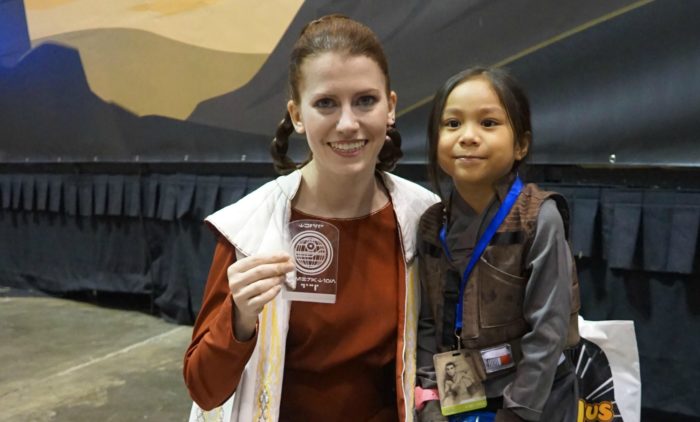 A dedicated Jyn Erso cosplayer by the name of Harley is really sticking to her character by going around to every Princess Leia (and an R2D2) she could find while at the Star Wars Celebration in Orlando, FL to deliver them a copy of the Death Star plans so they can overthrow the Empire.

Harley’s father Dino Ignacio has made other cosplays for her, including Rey complete with wearable Millennium Falcon or Judy Hopps from Zootopia, with a Stromtrooper of course.

Along with the encounters she had above, you can check out all the Leia’s she helped out in an Imgur gallery here. She was even able to give one to Lucasfilm Story Group member Pablo Hidalgo!

At the Star Wars Celebration event, Battlefront II was also announced and is set to release in late November of this year. You can check out everything we know so far about the sequel, or its new trailer here.