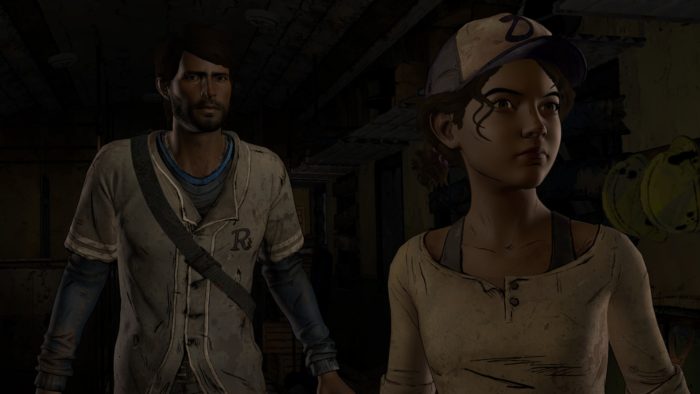 The Walking Dead: The Telltale Series – A New Frontier Episode 2 on PC

I booted up Ties That Bind Part II as soon as I possibly could after finishing Part I. Its cliffhanger ending had stuck with me, and the first episode left such an impression on me that I was eager to delve back into this world and see what was in store for my band of adventurers. Unfortunately, Part II had different plans.

Rather than tossing me straight back into the action that Part I finished on, Part II began by revisiting a poignant moment in Javier’s past. Yet, I didn’t care. I wanted to know more about Javier and the rest of these new characters, and these brief glimpses into their lives prior to the outbreak made them feel more believable. Like they had a life before all of this… like a real person would.

It wasn’t long, however, until Ties That Bind Part II skipped back to the present day and carried on the events of the premiere. With things looking bleak for your group, you’ll be tasked with venturing off in search of a safe haven, only to have a couple of hitches along the way. It feels very much like your typical episode of AMC’s The Walking Dead TV show, which might be disheartening having come from such a high in Part I.

With all of the introductions out of the way in the first episode, Part II is all about allowing the player to mold Javier into the character they want him to be, while also ensuring that your decisions don’t go without consequences. You see, our band of survivors no longer just has to worry about the undead trying to eat them at every available moment. They also must deal with another band of survivors known as The New Frontier that is seemingly going to make Javier, Clementine, and the rest of the group’s lives a lot more difficult. All of those decisions you made in Part I will already feel like they’re coming to bite you in the ass. 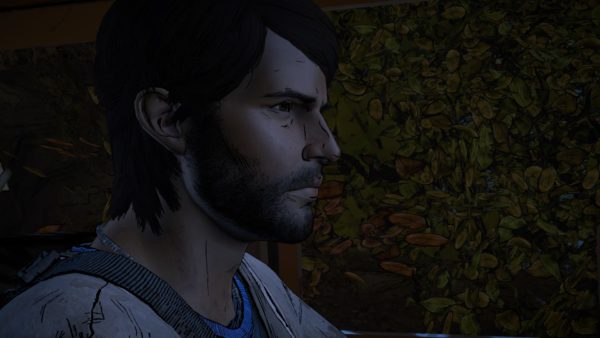 This was something that Telltale had stated A New Frontier would be all about, and from the two opening episodes, I already feel far more hesitant when it comes to making a decision. Rather than going for what my gut instinct tells me, I found myself calculating the probability of the plan backfiring, who it could indirectly affect, and how these actions can see me gain or lose allies. Unfortunately for me, I still managed to make some decisions I instantly regretted. Though, this just serves to prove how valid each choice feels to make.

This is all well and good, until you feel wronged by a misleading dialog option that appears on screen. Toward the beginning of the episode, I opted to stand up and argue back over a point, rather than letting it slide. However, selecting this option just led Javier to go and out a secret he’d just been told right in front of the person who had told him it. As a result, both characters were furious and I was left wondering exactly why standing up to someone means Javier must blurt out a secret that had nothing to do with the initial argument in the first place.

As Ties That Bind Part II starts to get into its groove, you’ll begin to see the proper formation of your group. While some characters in Part I felt like they could merely be cameos, Part II brings them into the fold of your plan with plenty of impetus to justify them tagging along. And just as you’d expect, not everyone sees eye-to-eye at all times. This makes for some interesting dynamics in character relationships, and puts the pressure on you to ensure Javier maintains the peace or picks the right side. 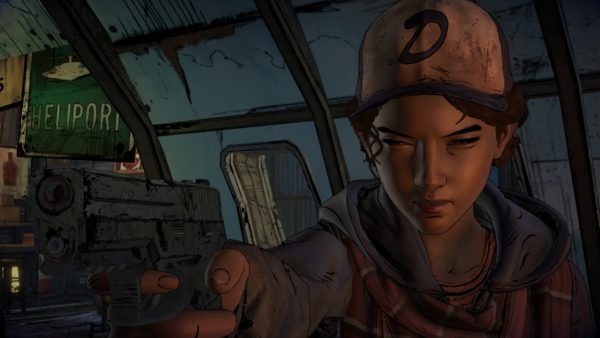 While you might be expecting A New Frontier’s second episode to slow things down after such a strong start in Part I, it instead continues to drive the story along at a steady pace. The Clementine flashbacks that fill in the story between the end of season two and the start of A New Frontier returned, with a revelation that I, along with many other fans, am eager to learn more about. These not only look set to answer a lot of questions that were left unanswered at the end of season two, but they also give players an insight into these pivotal years of Clementine’s life. The ones that ultimately saw her transition to the badass survivalist she now is.

One of my standout moments, however, actually came about when the group had an inevitable run-in with the undead. As expected, much of the combat was dealt with via QTEs translating into swift blows to the head, or well-aimed headshots from Javier’s pistol. But, then something new appeared. Multiple button prompts appeared on the screen at once. Following the prompts, I jammed the B button four times for Javier to unload several shots in quick succession on multiple targets. It may seem like a tiny addition to the standard formula, but it helped differentiate between moments where Javier had to be fast-paced in his actions, and those where anything but a headshot spells out certain death.

Ties That Bind Part II was exactly what was needed following the chaotic events of the first episode. It established the group, laid the foundations for some interesting character dynamics, and ended on a tense closer that has a number of significant consequences attached to it. Though it felt a little familiar in places, the interesting cast of characters and a number of tough decisions throughout kept me immersed until the credits rolled.