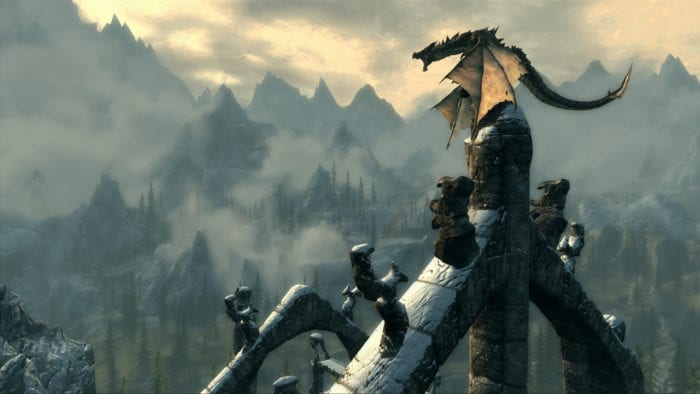 Skyrim: Special Edition has finally released, granting wannabe Dragonborn another chance to explore the sprawling lands of Skyrim. While many fans will already be busy venturing up to the highest peaks, killing Draugr’s in caves or hunting down dragons, others may be a little apprehensive about jumping back in.

They’ve got good reason to be unsure, too. After all, Skyrim: Special Edition is essentially an HD remaster of the same game that released back in 2011. However, there are a few differences between the original and the Special Edition that you’ll need to consider to work out whether or not it’s right for you.

For those completely new to Skyrim and the Elder Scrolls series, let us give you a quick breakdown of what the game’s all about. Skyrim is an open-world RPG essentially about playing any type of character, exploring a huge world full of stories, and picking and choosing from tons of quests. In fact, if you don’t want to do any quests, there’s nothing stopping you from simply becoming an all-powerful badass who roams the lands. If you do want to engage in the main story, it focuses primarily on your quest to defeat Alduin the World-Eater, a dragon with the potential to destroy the world. While the story hasn’t changed in Special Edition, there are a few things that have to entice players to return once more.

Looking at what’s changed in the space of five years, Skyrim: Special Edition is the complete package. You’ll have access to the base game as well as all three of the DLC expansions that followed.

For anyone who thoroughly enjoyed the main game the first time around and perhaps didn’t get a chance to check out the additional quests in the DLC, Special Edition may be worth grabbing if you’re craving RPG action again. The first DLC, Dawnguard, will see you joining either the forces of the Vampire Lord Harkon to become a powerful vampire yourself, or the Dawnguard to put an end to Harkon once and for all. Hearthfire was the second DLC and allows players to build a house, decorate it, and start a family. It wasn’t received quite as well as Dawnguard or Dragonborn, but gives you another reason to search for resources in the world all the same. Finally, Dragonborn will take you to the new land of Solstheim as you complete quests and tame dragons. This was the strongest of the three expansions, but each feels varied enough to be strong as standalone expansions.

If you’ve already got the base game on another console, it might be worth just picking up the DLC’s that interest you. It’d save you money, but you won’t be getting the other improvements of the Special Edition.

Next up, you’ve got mods. Predominantly a PC feature, the wide world of mods is coming to the Xbox One and PS4. While the PS4’s mod situation is a watered-down version of that which you’ll get on PC and Xbox One, it’ll still provide you with plenty of new things to play around with in the world.

The most notable addition, however, is the fact that the game’s visuals have been massively improved. The game runs in 1080p on PS4 and Xbox One, with improved effects such as volumetric god rays, depth of distance, and more. For those who are contemplating picking up a PS4 Pro in November, the game is set to take advantage of the additional power and run in native 4K, too.

All things considered, whether or not Skyrim: Special Edition is worth it for you depends on just how much you enjoyed it the first time around, or if you’ve even played it before. If you’re eager to revisit the world in its best possible form, or just see what the Pro is capable of, then it’s probably a worthwhile purchase. If you already own the game, and the idea of mods don’t interest you all that much, it may work out cheaper to pick up any of the expansions that you haven’t already got. However, if you’ve got no real urge to go and replay what is largely the same game with upgraded visuals, then you’re best saving your money for one of the many other releases coming later this month.

Are you picking up Skyrim: Special Edition? Let us know in the comments below.