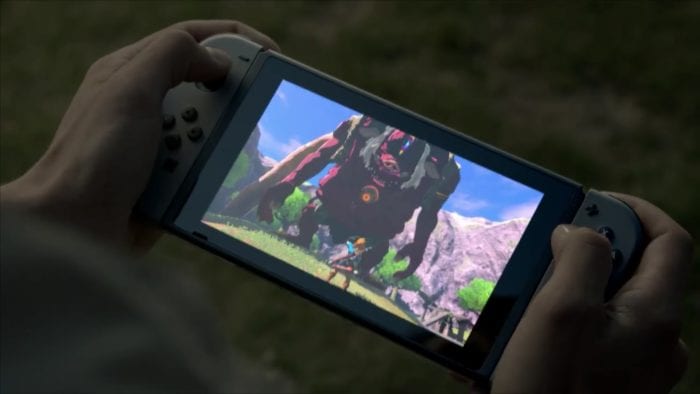 Let’s be completely honest here. Whether you’re a fan of Nintendo or not, there’s no denying that the Nintendo Switch console looks innovative, to say the least. The main controller breaks apart, allowing you to attach it to a portable screen to switch between console gaming and mobile gaming on the fly.

With the ability to effortlessly take your home console anywhere whilst maintaining gorgeous, NVIDIA-supported visuals, what does this mean for Nintendo’s other handheld: the Nintendo 3DS?

The two consoles are quite similar in a lot of aspects, yet the Switch definitely has some serious advantages over the 3DS. It’s not only appealing to both console and mobile gamers, but it’s one of the more unique gaming systems we’ve come across in recent years. Add to that a strong line-up of launch titles, and the Nintendo Switch could potentially eclipse some of the more unique features present on a 3DS.

That’s not to say both have their distinct advantages and disadvantages, however. For one, the 3DS is simply more compact, making it easier to carry around and tuck away safely after use. The Switch also doesn’t seem to share the 3DS’s titular ability to switch between two-dimensional and three-dimensional gameplay, and while this effect is not as apparent and at times not perfectly clear, the 3D functionality doesn’t have to be utilized if you don’t want it. You can even adjust the 3D effect to suit your personal preference, which a lot of gamers truly appreciated.

The Nintendo Switch, on the other hand, allows you to take the beauty of your living room with you… or at least, for as long as its battery will allow it. This means you can keep playing whatever joyous adventure you find yourself in without having to utilize cross-platform play or any other similar functionalities. You simply come back home, put the second screen back in its charger (which appears to be integrated within the main console itself), piece your controller back together and resume your gameplay session within the comfort of your own living room.

The Switch’s controller parts can also be used to play couch co-op anywhere, as well. One fraction of the controller can be flipped horizontally, turning it into a tiny controller that seems to take quite some inspiration from the NES design. It remains to be seen how functional this feature will actually be, but you can most certainly color us intrigued.

In the end, the wildly varied preferences of gamers and video game fanatics world wide is vast enough that it will allow both the 3DS and the Switch to find their appropriate audiences. Some may prefer the Switch’s more fine-tuned graphical advancements and the ability to play its games wherever you go, whereas others will opt for the lower price and the generally more compact design of the 3DS.

We, for one, hope the two can peacefully coexist. While the technological power of the Nintendo Switch may overshadow the 3DS’s lower specs, the latter handheld will forever hold a place in our hearts, with titles like The Legend of Zelda: A Link Between Worlds, Super Mario 3D Land and the upcoming Pokémon Sun & Moon leading its surprisingly strong library of games. Here’s hoping the power of nostalgia can stand the test of time!