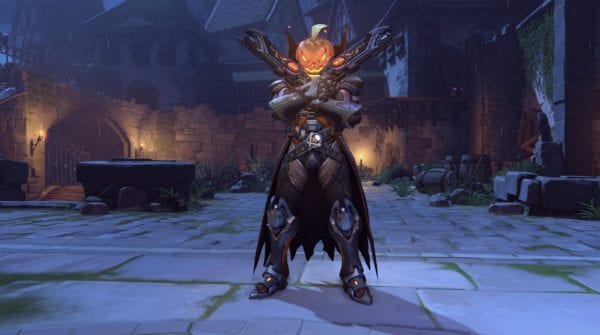 One of the most exciting things for Overwatch players that comes with the spooky Halloween update is the addition of over 100 new cosmetic items and treats. Loot boxes have now been replaced with glowing jack-o’-lanterns, and each one will contain at least one item from the Halloween 2016 collection.

These cosmetic additions include everything from profile icons, sprays, victory poses, emotes, highlight intros, skins and more. What’s more, you’ll be able to unlock a number of these new cosmetic options with credits in the Hero Gallery for as long as the event runs on for. Now is the time to spend any of those credits you’ve been hoarding. You can check out all of the new Hero skins that have come as part of the Halloween update here.

Alongside the new cosmetic items is a new seasonal event. Titled Junkenstein’s Revenge, players will work together in Overwatch’s first co-op PVE event. Four players will assume the roles of Ana the Alchemist, Hanzo the Archer, McCree the Gunslinger, and Soldier: 76 the… urrrr… Soldier.

You’ll have to defend Alderbrunn’s castle from the hordes of zomnics making their way towards you. Oh, and there’s also Dr. Junkenstein, his monster, the Reaper, and a mysterious witch that you’ll have to deal with as well as all of the zomnics too. It’s certainly a change from Overwatch’s Summer Games event, that’s for sure. You can check out the trailer for the new Halloween event here. 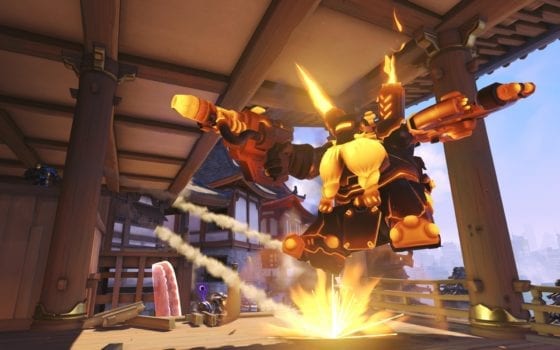 Oh, and if you were wondering exactly why you should be interested in that Halloween Terror event we were talking about before, well there’s a leaderboard for that too. It’s time to get your best band of Overwatch-playing friends together and hit the event hard. There’s pride at stake! 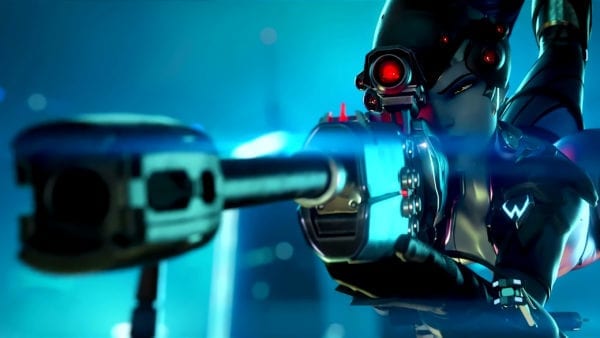 Blizzard has been great so far at ensuring that all of Overwatch’s heroes never feel overpowered or too weak for too long and have released patches to buff or nerf them respectively. Well, Overwatch’s Halloween 1.10 patch continues this trend and brings a number of buffs to Ana, Widowmaker, and Junkrat, but also brings a nerf to the new sniper also.

Ana’s Ultimate cost has been increased by 20%, but to make up for it, her Biotic Grenade radius has been increased a little to enable her to hit multiple targets more often. As for Widowmaker, her Widow’s Kiss scoping animation time has been reduced to allow her to acquire targets faster, meanwhile, Junkrat’s RIP-Tire ability now activates a little more quickly so he’s even more effective in hectic situations. 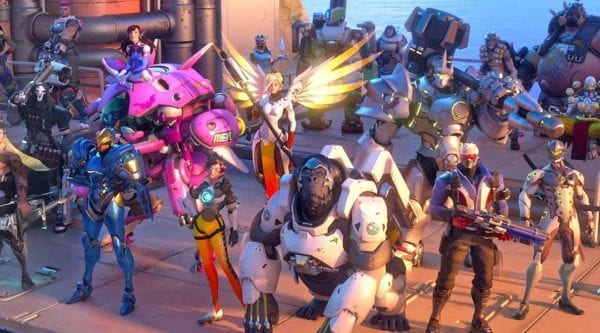 Patches normally address a number of minor things to help improve the overall experience, and once again the Halloween patch does this too. While a lot of these are menial and simply remove slight mistakes in the former build of the game, there is something pretty interesting in there for controller users.

The Halloween 1.10 patch brings with it two aiming modes for players to choose from. You’ll have the old default where as the thumbstick moves toward the outside of its range, sensitivity is ramped up in correlation to this. Alternatively, players can opt to try out the new default known as the Dual-Zone mode. Taken from Blizzard’s own patch notes, this new setting has the following effect:

If you’ve been finding that Overwatch’s aiming just hasn’t been your forte when using a controller, it might be a good time to try again with this new aiming mode. You can check out the full range of UI updates here. 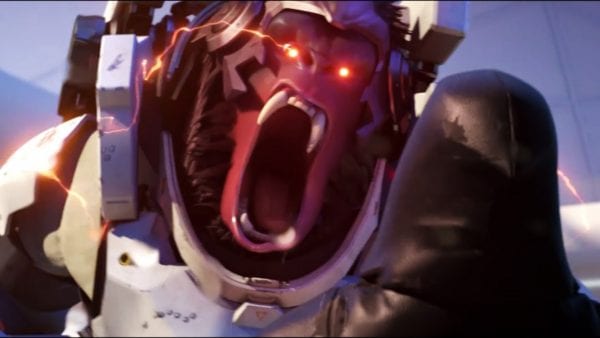 Finally, the update addresses some of the bugs that have been hindering players’ experiences. There are a range of fixes for bugs regarding competitive play, maps, heroes, spectating and just the general mechanics of the game.

Some of the more notable fixes for trophy and achievement hunters revolve around fixes to Junkrat’s “Roadkill” achievement where a bug prevented players from grabbing it after obtaining four kills with RIP-Tire. You can check out the full list of bug fixes over on Blizzard’s patch notes here.

What do you think of Overwatch’s Halloween 1.10 patch? Will you be jumping into the new seasonal event? Let us know down in the comments below.