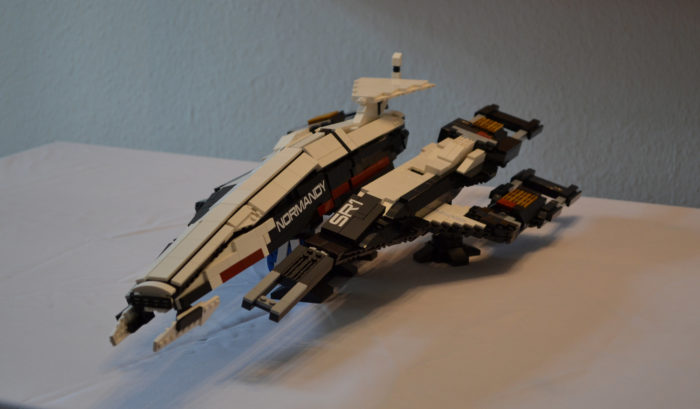 It’s always fun when people use Lego to recreate things. Someone once use the colorful bricks to remake Destiny’s Gjallarhorn, and we saw that earlier this year with D.Va from Overwatch. Now, Mass Effect fan Sebastian Bruckner has used them to create the iconic Normandy ship players have used to travel the galaxy in the trilogy.

Bruckner used 2,861 bricks to create both versions of the ship: the SR-1 from the original game, and the SR-2 that replaced it in the sequels. The SR-1 runs 28″ long and is 6″ in height. It was built in the same scale as the SR-2, and even though there were some weight issues, he says it was “nothing” compared to the SR-2 Normandy. You can check out the rest of the album here, including photos of the two ships next to each other.

Here’s hoping that Bruckner makes a Lego version of the Tempest when Mass Effect Andromeda releases next year.