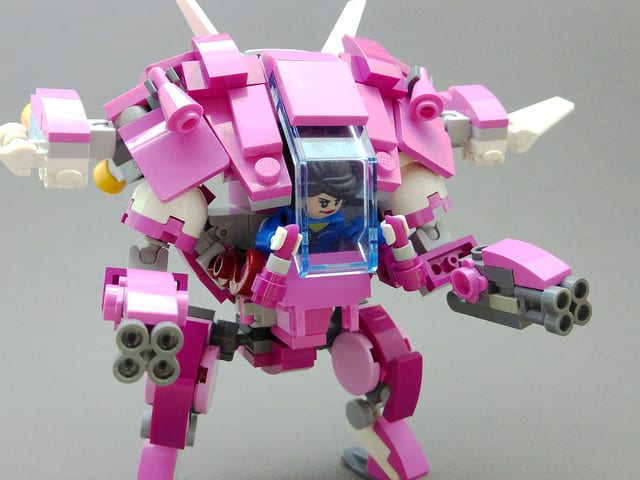 It was only a matter of time before Overwatch characters got the Lego treatment, and all it took for that to happen was a full week. The first character to get brickified is the pro gamer turned mech pilot D.Va, and she looks pretty great. You can check her out below.

This comes to us courtesy of Flickr user Taylor, aka Stormbringer. As it turns out, a pink mech is very frustrating to make, but it’s a good thing that he was able to finish it. With luck, we’ll see more Overwatch characters become Legos. Heck, someone’s probably in the process of making a Lego mod for the game as we speak. You can check out more of Stormbringer’s stuff (which includes Lego versions of Pokemon, How to Train Your Dragon, and Attack on Titan) here.

It’s currently unknown if version of D.Va can explode her mech, but here’s hoping not. Otherwise, it’s hell for whoever walks around the floor barefoot. Especially if they do it like this.