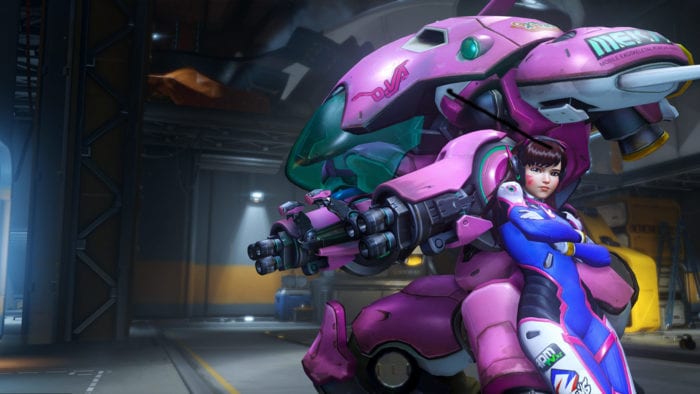 Overwatch is out in the wild, and players are racking up some impressive feats. Every match has a play of the game, focusing on the player that had the most standout moment, and boy are there some crazy ones starting to come out. This clip uploaded by Twitter user themissmae, shows an absolutely incredible play of the game by a player named L3G1ON using the hero D.Va.

D.Va’s ultimate allows her to use here mech suit as a bomb, shoving it forward toward enemies. The clip has someone playing as D.Va using her boost ability to fly through the air and then shoving the mech suit all the way over some buildings to the other side of the map and taking out four enemies in the process. The other team probably never even saw it coming. Check out the ridiculous clip down below.

Take a look at a ranking of the tank characters in the game, to see where D.Va lands. Also check out rankings of the best offensive, support and defensive characters. If you want to see more on Overwatch you can take a look at Conan O’Brien trying out the game with the help of two Game of Thrones actors.