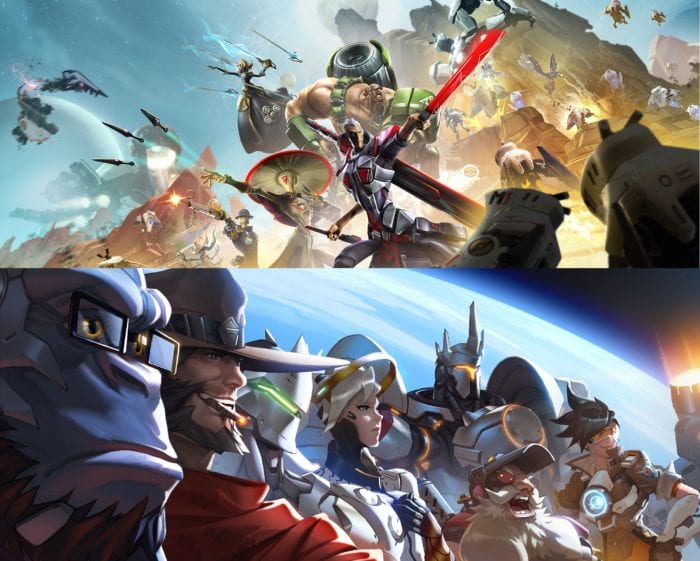 It’s a statement that’s been repeated year after year, but 2016 really hasn’t been all that great so far. Viruses are breaking out across the world, missiles are being launched into the skies, infighting in the US has made for one torturous election year that’s taking too long to end, people are harassing each other, and celebrities and important culture icons have been dying at a disturbingly consistent rate. Perhaps most distressingly is the announcement of Space Jam 2 becoming more and more of a thing. All of that information, combined with the personal struggles everyone goes through, can lead one to feeling like there’s no hope in the world, a sense of helplessness that they can’t shake off so easy.

Naturally, it’s during these times that we look for some method of escape, something to distract us from the horrors of life. Next to film, there’s no better way to escape than video games. They provide us with moments of heroism and let us change the world to our desires, and usually we want them to reflect the positive changes we’ve made. After all, escaping a bad world just to go to a fake one and make it worse doesn’t reflect well on anyone. There’s a sense of pride and accomplishment that fills you when you save a broken world from destruction, something that Gearbox and Blizzard both tackle in their respective May releases, Battleborn and Overwatch.

Don’t worry if you’ve gotten them mixed up before, because they’re the same in a few ways, something Gearbox and Blizzard both like to poke fun at (and even if they hadn’t, the two games release weeks apart from each other and the comparison was bound to happen). Both games are shooters boasting a large roster of characters, with Gearbox’s title beating Blizzard with 25 to their 21. The characters in both games don’t fit the typical shooter gauntlet visually, which is best known for marines, both of military and space variety. That’s the only real similarity they share, otherwise, they’re both the same on a superficial level, as Battleborn goes for more of a MOBA bent while Overwatch keeps in the arena shooter area.

While both games definitely feature those characters to some extent (Blizzard has Soldier:76, and Gearbox’s game boasts Oscar Mike and Montana), their casts primarily feature characters who don’t come from that mold, like cyborg ninjas, powerful mechs, angel women, and anthropomorphic animals with jetpacks and laser guns. The reasoning from both studios is basically that they wanted each character to be the equivalent of a superhero in a game of their own–this was the literal thing Gearbox said for their cast, while Blizzard compared theirs to the Avengers.

The globalism of heroes and multiplayer maps is something to be commended; with most shooters still presenting their protagonists as dudes, it’s nice to see that the faces for both games don’t particularly fall into this category. (In fact, both studios have done a pretty good job of giving most, if not all their heroes time to shine in promos so future players become familiar with them.)

Heroes are something both of these worlds desperately need. Blizzard’s shooter frames its various heroes joining forces as something of a choice for those who served years ago after a war called the Omnic Crisis, where artificial intelligence led to robots uprising and creating a global scale conflict. The titular task force was formed specifically for that crisis, then later split due to public reaction, its various members becoming mercenaries for hire or vigilantes to continue the hero work. Naturally, there’ll always be a world to save, prompting monkey scientist Winston to put out the call for new and old Overwatch agents to rise up and help save the world.

Conversely, the heroes in Gearbox’s game are coming together because if they don’t, they’ll all be rendered extinct. The universe has been consumed by an alien race called the Varelsi, and the various corporations and forces that still remain have to work together to save the last unconquered star, Solus, to avoid becoming extinct. It’s a situation none of them want to be in, but fighting side by side is better than killing each other off and making the enemy’s job easier for them.

Overwatch and Battleborn both play to different vibes in their stories. Despite the serious threat of being wiped out, Gearbox’s typical sense of humor runs through, offering quips a mile a minute. Depending on your outlook, the action-comedy vibe will have you thinking of Joss Whedon’s Avengers movies, for good and for ill. The former regrettably lacks a single player campaign to highlight the relationships its cast of characters have, instead choosing to relegate this information to Story tabs on the game’s website. Its visual style has often been touted as looking like something that Pixar would come up, and it’s definitely easy to see that. Combined with the stellar character trailers, and the flashy character poses at the end of the most recent trailer, and it makes one yearn for Overwatch to get a movie or TV series about the adventures of these characters. Especially Bastion, with that cute little bird on his shoulder.

More than anything, what makes the two games different is that there is a good, underlying message of coming together as the world falls apart. Like Star Wars and Pacific Rim, these worlds are making the best of their respectively bad situations and using them to tell stories of heroes fighting against the rising tide of evil. It sounds sappy as all hell, but given the state of the world and actual superheroes taking time off to fight each other instead of the bad guys this year, it’s nice to actually work with other heroes and be heroes.