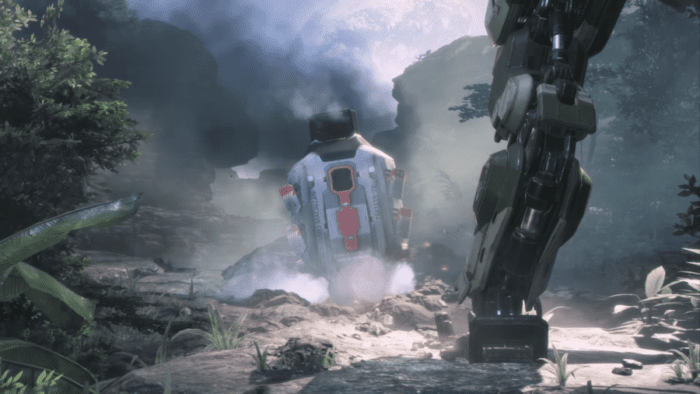 EA officially announced Titanfall 2 with a teaser trailer today, as well as a full reveal coming in June, just before E3. The 45 second teaser gave us ominous narration over what looks like a shot of a crashed drop pod. One of the giant mech suits – called Titans in the game – walks up and drops a giant sword in the ground. That’s right: there are swords are in Titanfall 2.

This sword looks strangely similar to another iconic video game sword though, Cloud Strife’s Buster Sword from Final Fantasy VII. The similarity is uncanny, just take a look. The only difference is one is wielded by a giant robot, while the other is used by an average-sized man.

Titanfall 2 will be coming to Xbox One, PC and PlayStation 4. The full reveal is set for June 12, two days before the start of E3.

Do you think Titanfall 2’s sword bears a resemblance to the Buster Sword? How excited are you for the addition of swords to your Titan’s arsenal? Let us know down in the comments.