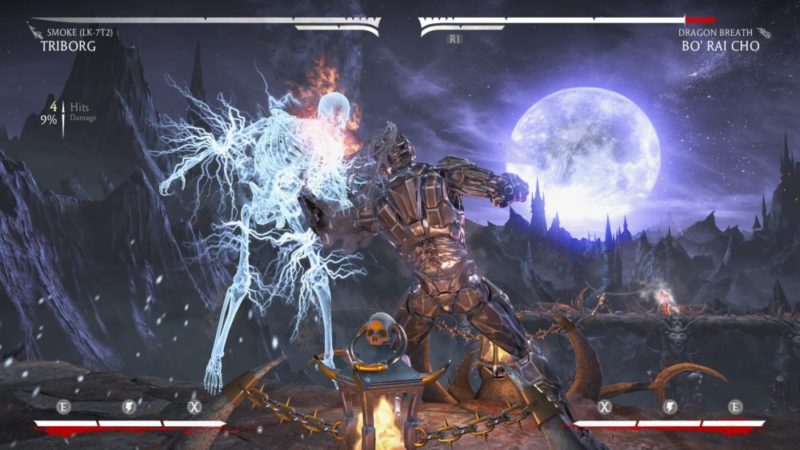 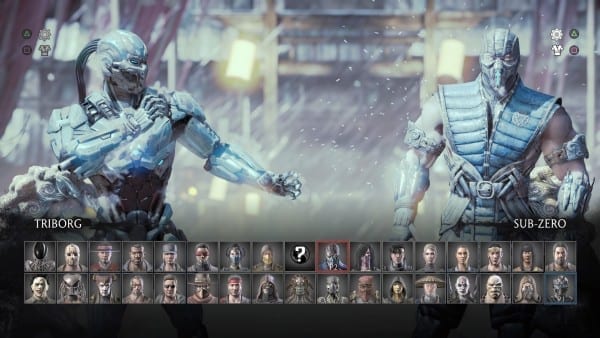 Triborg is the only character in Mortal Kombat X to have four variations. The fourth one, Cyber Sub-Zero, is hidden and needs a bit of coercing on the character select screen. But, once you do get a hold of this fighter, you have one of the most unique fighters in the game (even if he does use ice like regular Sub-Zero).

Cyber Sub-Zero can actually use his ice in many different ways, and can even further enhance his abilities thanks to Drones. Cryo Bombs are have a delayed reaction that allow you to work freezing into combos with ease. Enhancing these bombs using R2 (provided that you have meter to use) will leave a puddle of coolant that lasts longer than a standard explosion. Your basic freeze attack can be enhanced into a beam making it much faster and more difficult to avoid.

On top of these extra abilities, Cyber Sub-Zero is also much faster than the classic version of the fighter. Using the speed and power that Triborg posses in all its forms, players will be able to easily control any battle. The added defensive capabilities, such as the ability to use your X-Ray as a shield and moves that have dodges built in, make this one of the most balanced fighters in the game.

Cyber Sub-Zero is great for all players. Great range, great power, and great speed make this kombatant a tough one to beat. 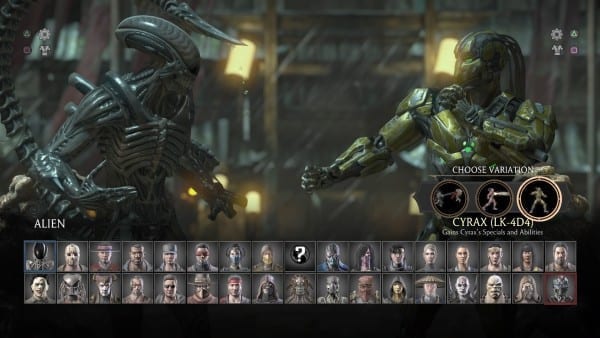 Triborg brings back the classic robotic ninja that Mortal Kombat fans know and love. One of those is Cyrax, the beloved mustard colored cyborg with a penchant for buzz-saws.

Cyrax is all about timing, making this variation perfect for technical fighters. All of its ranged abilities work on a timer, allowing you to work them into combos and help with your juggling endeavors. Bombs and drones will knock your opponent up and stun respectively, while a plasma net can be used to hold an enemy in place giving you a chance to close the distance. Cyrax’s Chest saw is useful at both close to medium range, but enhancing it will send a flying blade across the screen. And if your opponent feels the need to play the distance game, you can always teleport directly to them. Just keep in mind that Cyrax’s teleport ability is slower than most and doesn’t serve as an attack.

It takes a bit of skill to utilize Cyrax. The slow abilities and the need to know when to burn your meter is important. Cyrax isn’t a wait for X-Ray kind of character. If you wan’t to win, make good use of each segment of that bar. 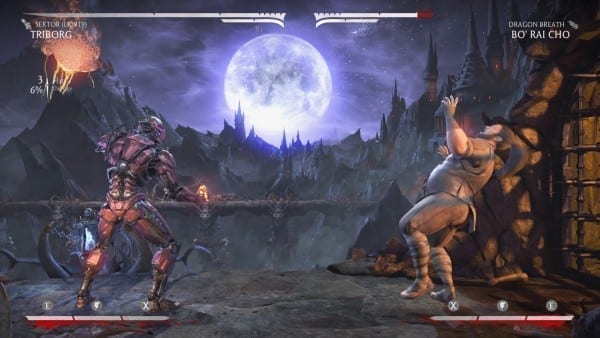 Where Cyrax was all about time, Sektor is about dancing around and dealing damage from all directions. Sector uses long range projectiles and teleporting to keep the damage coming no matter what position the player takes on the screen.

Sektor’s abilities include a teleporting, homing missles, and electric based attacks to keep on the pressure. Although the teleporting uppercut puts you directly under your opponent, a charging attack allows you to dash into an enemy’s face the old fashioned way.

Sektor is definitely the most simple of the four variations, making this build perfect for those who like things to not be complicated. Straight forward ranged abilities that can be enhanced to track your opponent make for an easy to manage fight. He also has an attack called Psycho Ketchup, so make of that what you will. 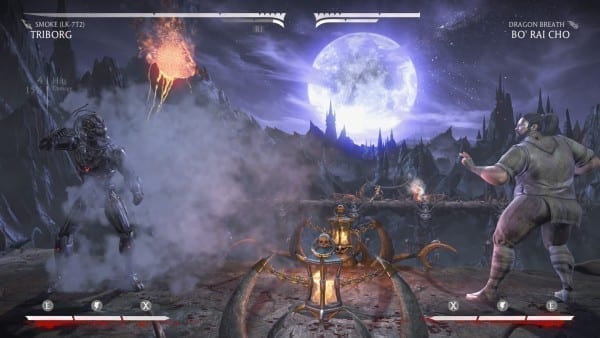 Triborg’s final form, Smoke, fights like the classic ninja, only with a few technical upgrades. While Smoke does have a ranged ability, this character is more about controlling both kombatants’ position on the field.

You can use smoke to teleport directly on top of enemies, in front of them, or behind them. You can also use it to force an opponent to come to you. This simple mechanic can be used to keep your opponent guessing while you drift around during a fight delivering sharp punches. One of the coolest features of Smoke, though, is the ability to turn invisible. Using the Dissipate skill changes you into a light shimmer, but enhancing the move turns it into Evaporate making you completely invisible. As long as you don’t dash, there is no way your opponent can tell where you are moving.

What Smoke lacks in ranged explosives, freezing, and blade attacks, he more than makes up for in maneuverability. 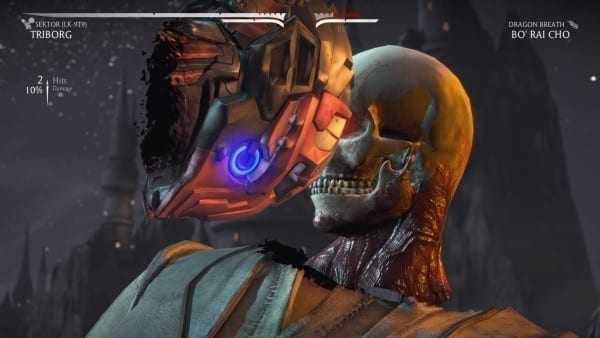 Cyber Initiative: This X-Ray is pulled off differently depending on which variation you’re using. below we list the condition for each:

Overwatch 2: Which Tank Character Are You? Take This Quiz to Find Out Now!