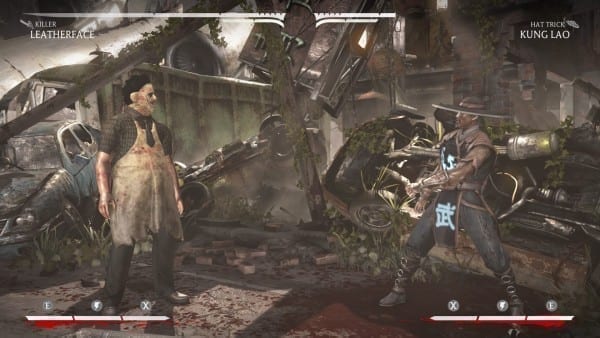 Leatherface is one seriously frightening kombatant. Jason Voorhees was evil and murderous, but he was really just a dead boy who got filled with evil after being bullied forever. Leatherface isn’t dead, nor is he possessed. He’s just one twisted man who loves chainsaws. His fighting style oozes brutality helping him fit right in within Mortal Kombat X.

Leatherface’s most basic style is Killer. Relying mostly on the basic attacks that can be used in all of his variations, Killer brings only one special move to the table that has a few modifications. Berserker Stance causes the player to brandish the chainsaw and lose the ability to move until an act is chosen, or it cancels out. Each of the attacks are intense and one is completely unblockable.

Since this variation only offers the one special ability, players will focus on chainsaw swipes to keep the pressure on opponents. Thankfully, Leatherface is useful at close to mid-range so you don’t have to fret too  much as long as your opponent doesn’t play keep-away. This variation has zero ranged attacks and isn’t particularly fast. So if you get frustrated easily or plan on facing friends who like faster, ranged fighters, this isn’t your best choice.

Killer’s Special Moves (Commands are performed on PS4. Use the corresponding controller buttons on the Xbox One): 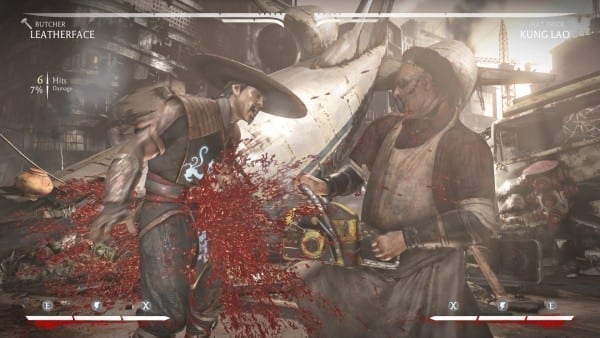 The Butcher is basically an upgraded Killer. Leatherface ditches the Berserker Stance, but gains standard specials that are useful for different situations. This variation still lacks a ranged attack, yet the slight increase in speed will help those who prefer powerful chainsaw specials to ranged abilities.

Leatherface also has access to his trusty mallet when playing as the Butcher, which adds extra damage to your melee attacks. It also provides a few stunning abilities making this the most brutal of all three variations.

If you like Killer, but want a little more mobility, then Butcher is the variation you should choose.

Butcher’s Special Moves (Commands are performed on PS4. Use the corresponding controller buttons on the Xbox One): 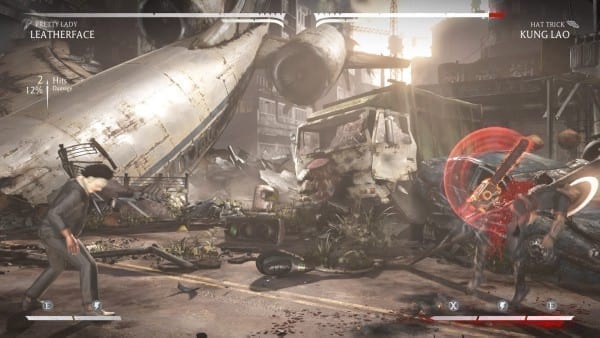 Pretty Lady is Leatherface’s creepiest variation. It isn’t the dolled up mask that makes this form so frightening (although it does add to the effect) but the clean suit he dons. It’s very…off-putting. This variation is also the weakest in terms of damage output, but it makes up for that with range.

This is the only one out of the three variations to have ranged attacks. While it still maintains it’s powerful, basic chainsaw strikes, all of it’s variation-specific special moves involve throwing the chainsaw. The ability to do such heavy damage from a distance (even when in air) is invaluable for a character so lacking in mobility.

Pretty Lady’s Special Moves (Commands are performed on PS4. Use the corresponding controller buttons on the Xbox One): 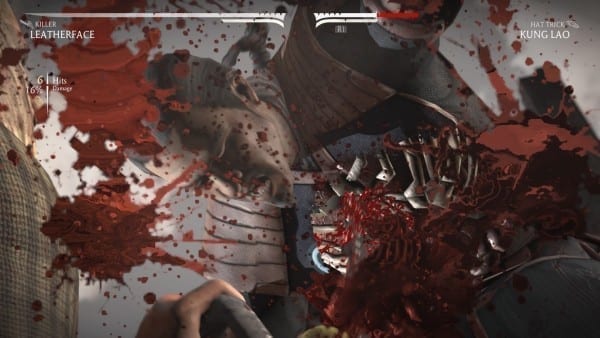 Blood ‘n’ Guts: Leatherface’s X-Ray attack is triggered from close to mid-range. It starts with a shoulder charge to the midsection. He then impales his opponents on his chainsaw and leaves them suspended in air as he cracks the back of their skulls with his mallet. If that wasn’t enough, he follows up by stomping on their backs to make sure the chainsaw goes completely through them.