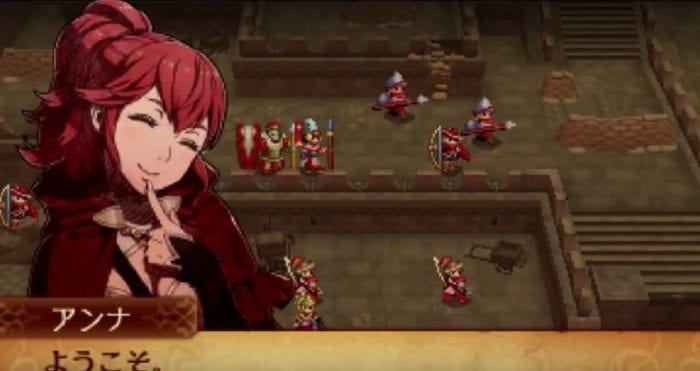 How to get Anna

Anna, the traveling merchant, is back in Fire Emblem Fates. However, getting her isn’t as straightforward as it was in Fire Emblem Awakening. She’s only available as a DLC character, so you’ll have to purchase the Map Pack 1 DLC in order to unlock Xenologue 10, which is the mission in which you can encounter her.

To purchase DLC in the game, simply exit the castle and select the Dragon’s Gate option on the menu. This will allow you to view the full list of DLC available for the game.

At the moment, it doesn’t seem like there’s any way to just purchase Xenlogue 10 on its own, so you’ll have to acquire Map Pack 1 first. The DLC content in Map Pack 1 are all maps that will be periodically released from now until April. Anna’s DLC isn’t available at the time of writing, but purchasing it now will ensure that you’ll be able to recruit her when her map does eventually drop.

10 Video Games Where You Can Be Gay, Lesbian & Homosexual
10 Most Popular Fire Emblem Characters
Fire Emblem Heroes: How to Get Azura